Up early yesterday morning and decided that I would go with the Kindle first. On Friday I reached a crucial stage in The Litigator by John Grisham and I just needed to know how the story would end. Thirty minutes later I knew – book finished. A book up to the normal standard of Grisham.Based on the legal profession with plenty of twists and turns.

Book finished and I switched to my In Box where I was surprised but very pleased to find an email from Roshel Godfrey of the Belize Tourism Board advising me that I have been accepted in to the Belize Qualified Retired Persons Incentives Retirement Program(“QRP“). Acceptance six weeks after my application. Great news.

I just now need to make a payment of US$ 1,950 and Rose and I (Rose as my dependent) will be issued with our ID cards and we officially enter the ‘Programme. We can then order our golf cart and arrange to get our goods shipped from the UK.

Buoyed by this good news I made and ate breakfast and then watched Arsenal come back from a goal down to beat Norwich City to move to third place in the Premier League, above both Chelsea and Spurs.

Entry in to the “QRP” and a win for Arsenal. What a fantastic day!

With the match over it was time to go to the Belize Water Taxi terminal to collect our friend Dave ( he is serving at Price Barracks as a member of BATSUB) who had brought two of his colleagues ,Matt and Wes (in Belize for three weeks to provide driver training for new vehicles recently shipped here) over for a weekend in San Pedro. The ‘Taxi had arrived by the time I got there and they were on their first beer of the day (it was 10.30 am after all!). With these finished I took them to Pedro’s Hotel where they were staying for the night.

Around 2.30 pm Rose and I collected Dave and Wes (Matt had decided to lounge around the pool) for a visit to our build in Ambergris Caye, Belize. Dave’s last visit to San Pedro had been before Christmas (just after the floor for the First Floor had been poured) and he was amazed by how much had been done since then.

We started with a walk around the house and on the western (lagoon) side looked up to see Edson working on the cantilever beams on the Second Floor. 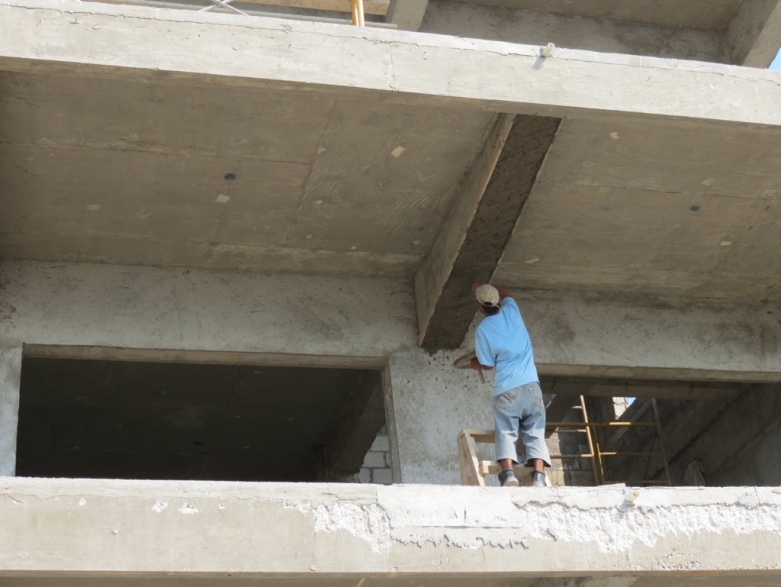 We then proceeded to the Ground Floor self-contained apartment where we could see that the guys had been busy applying a levelling coat of cement around the doorways.

Up to the First Floor to find Angel using the feather edge in the area of the bedroom (Rose’s handicraft room) where the built-in closet will eventually be.

In the hallway we could see that the doorway to the closet (mud room) was starting to take shape.

And in the dining area the clerestory window aperture looked much tidier.

In the Utility Room they had finished installing the pipe work for the washing machine and had ‘made good’ the area around it.

Dave, Wes and I then climbed the scaffolding to the Second Floor ( the distance to the floor was too large for Rose to safely go up there) . Once up there we could see that cement had been applied to the top of the veranda wall. A sort of coping I suppose.

In Rose’s bathroom there was evidence of the recessed shelf in the shower starting to take shape. 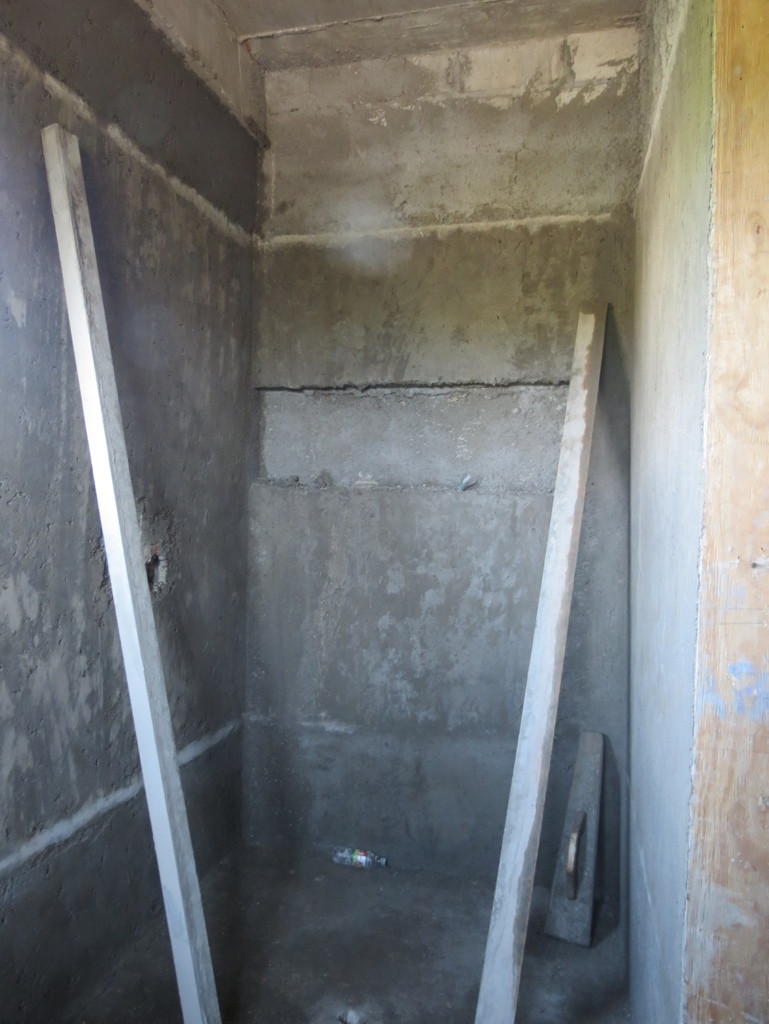 We could also see that the guys (probably Zapeda because he is ‘team leader’ for the Second Floor) had started to chase out the concrete blocks where Rose is having a wall built. 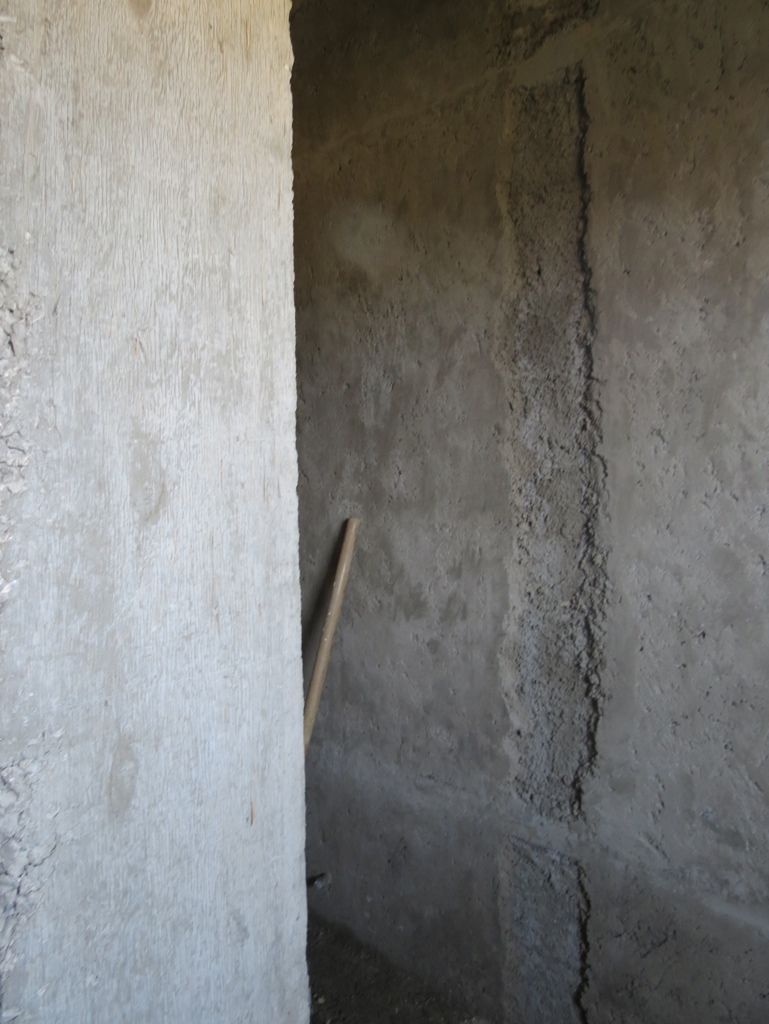 The wall will be between the toilet and the bath.

With the tour of the house over (but not before Dave had ‘booked’ the apartment for a return visit with his wife Wendy when his tour here ends) we went to BC’s. The rest, as they say, is a blur. I just know though that these Army guys can drink!

The headline is based on the 1982 single by Haircut One Hundred which reached number nine in the UK Singles Chart.