Apologies to regular readers for the ‘break’ in publishing but with no work on our build in Ambergris Caye, Belize -because of Easter – there wasn’t a lot to write about without either you or me, or all of us, finding it boring.

The fact that there was no ‘action’ on the build doesn’t mean to say that Rose and I ‘shut off’ from thinking about our new home because we didn’t. It seems like we spent the vast majority of the four day Easter holiday agonising over what toilets, sinks, taps (faucets for the non-UK readers) and showers to choose. You would think that it would be relatively easy . Perhaps it should be. But that hasn’t been the case for us. We got there in the end though. With this ‘out of the way’ we can now start turning our attention to tile and granite colours. Can’t wait!

Being the beginning of the month, today was ‘pay the bills day’ and this entailed a visit to Atlantic International Bank Limited in Pescador Drive. Learnt (never too old to learn) a couple of things whilst I was stuck in the very long queue. First lesson is that you should avoid going to a bank the day after a public holiday. Should have realised that the bank would be busy. Why should Belize be any different in this respect to the UK.

The second lesson I learned is that if you are sixty-five years of age or older then you can go to the front of the queue. I only know this because I challenged someone who I thought was ‘queue jumping’. They soon put me right!

Anyway, enough of the educational part of my day and on to what progress has been made on our build in Ambergris Caye, Belize.

Rose and I couldn’t wait to drive up to Tres Cocos today. Little doubt that we were both suffering some form of withdrawal symptom. Going there six days a week for the last five months has definitely created a habit which was sorely put to the test because of the four day Easter break. A break which as far as our guys were concerned only lasted three days. We found out when we got to the build that they had worked yesterday. And we didn’t know this until today. Bummer.

We really should have guessed that they had been in yesterday when we arrived just by seeing what had been done since our last visit.

Form boards had been fitted to the verandas in readiness for plastering. 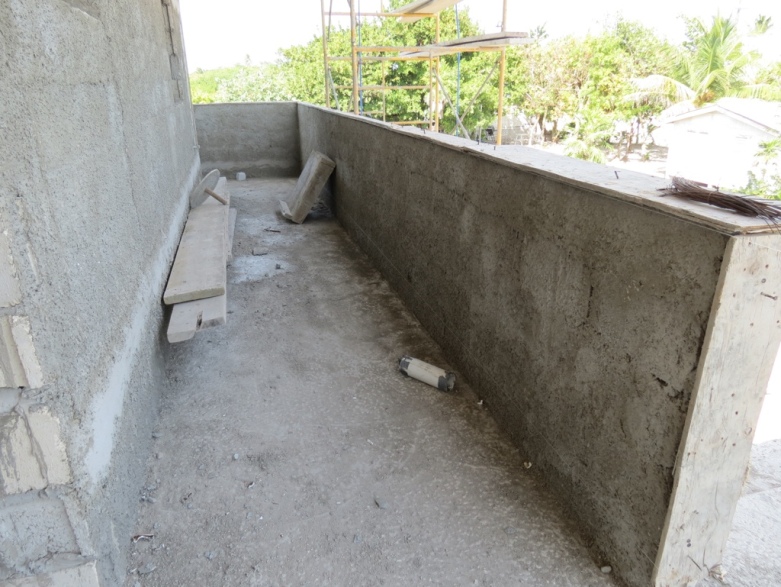 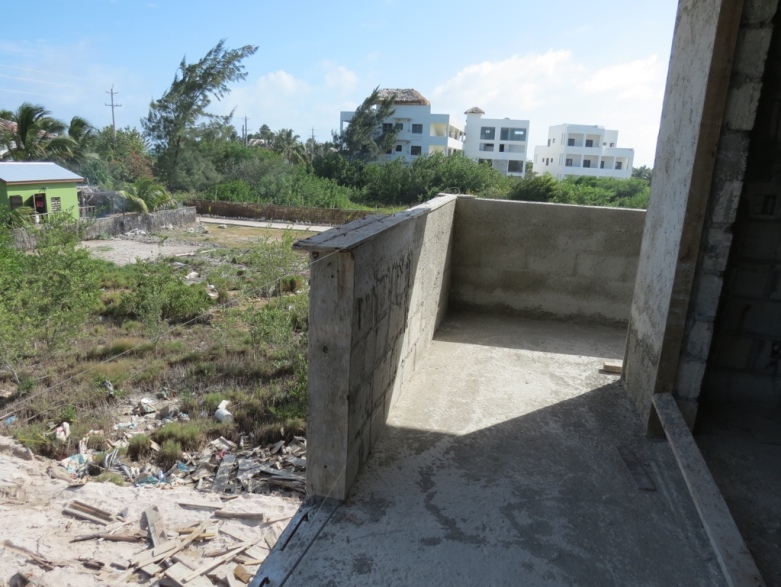 South-eastern section of he veranda.

Channelling (well perhaps a bit more than channelling) had commenced to connect pipes. 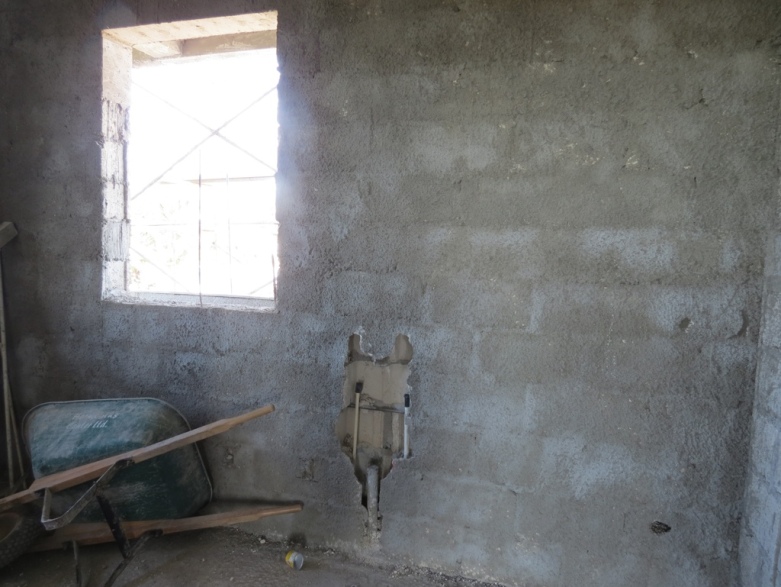 Eastern wall of the utility room. 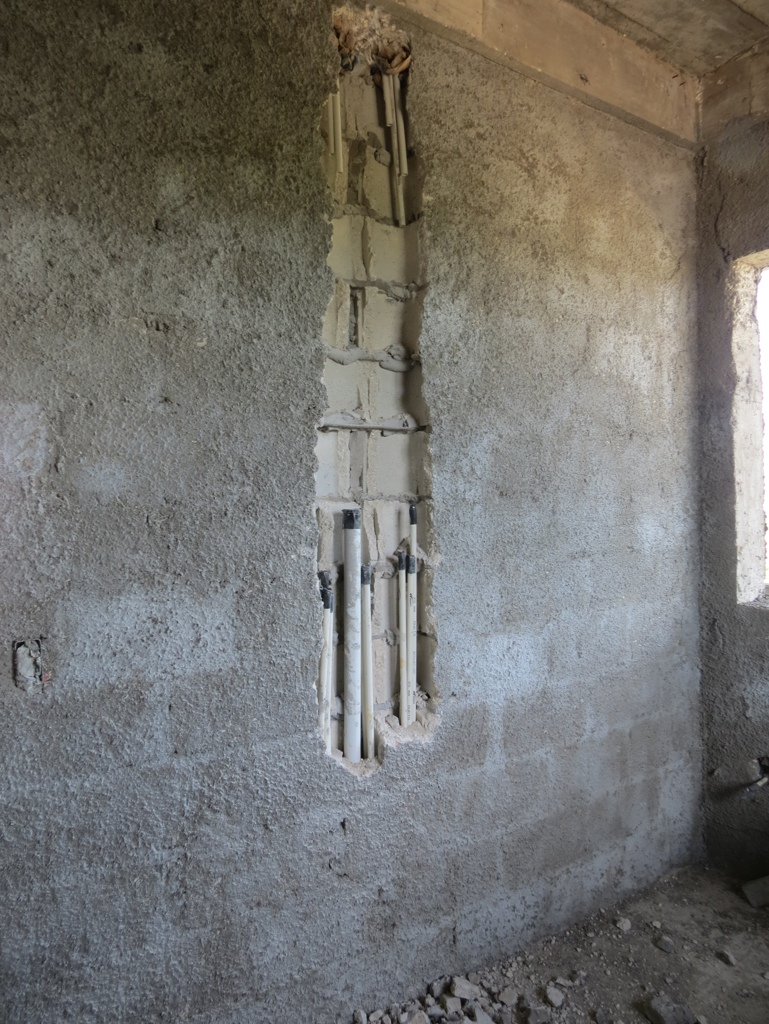 Western wall of the utility room.

They had also made good progress on fitting the form boards for the verandas elsewhere. 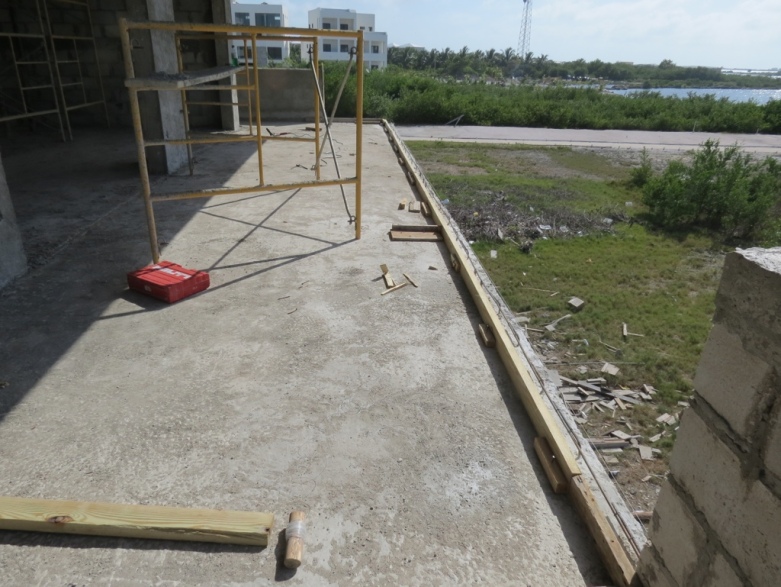 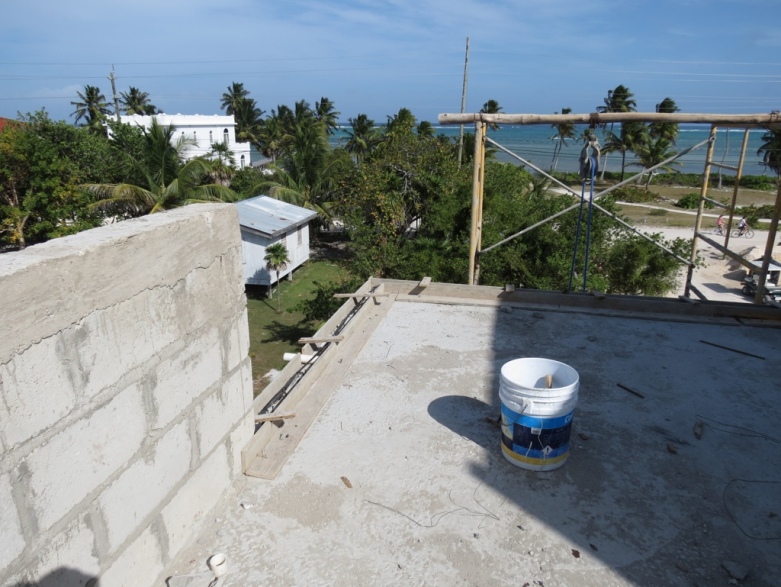 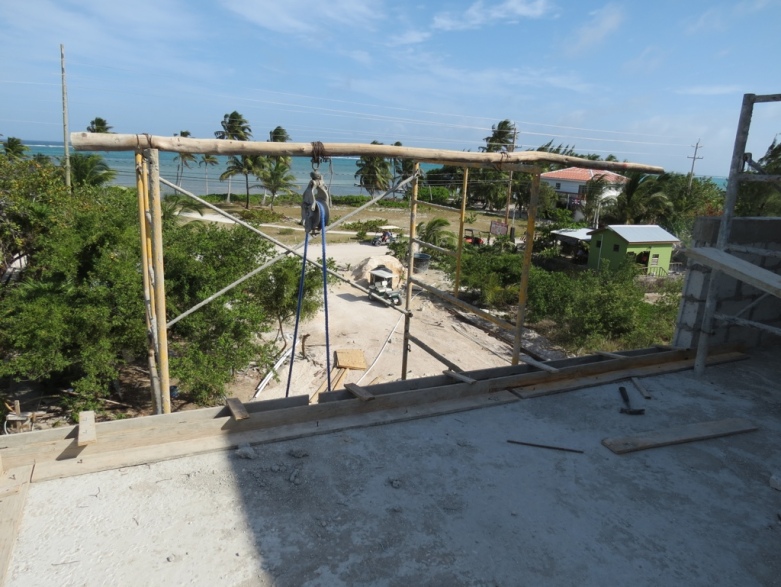 Eastern side of the Second Floor.

They had also put the forms in place to pour concrete to correct the size of the northern facing window in Rose’s bathroom. It should (will) be the same size as the eastern facing window but they made it too big. 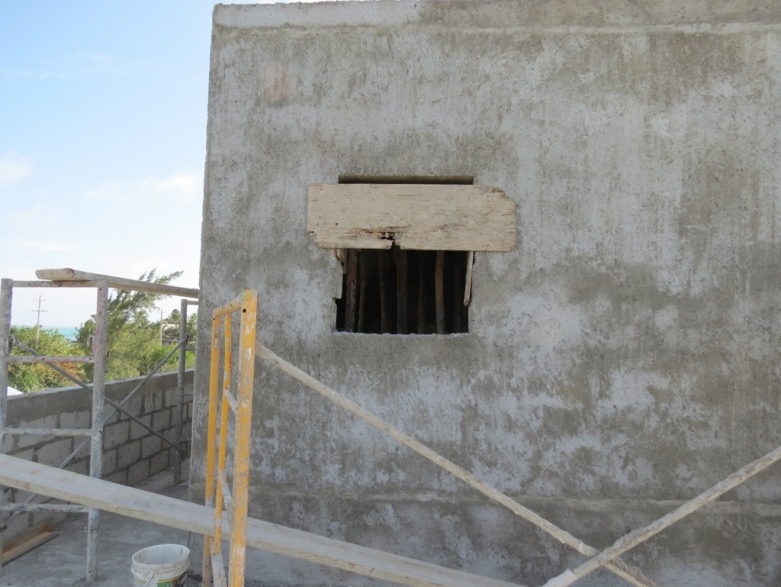 A walk – well not so much a walk, more a clamber down the scaffold – to the First Floor to see that holes were being created for the overflow pipes for the First Floor veranda. 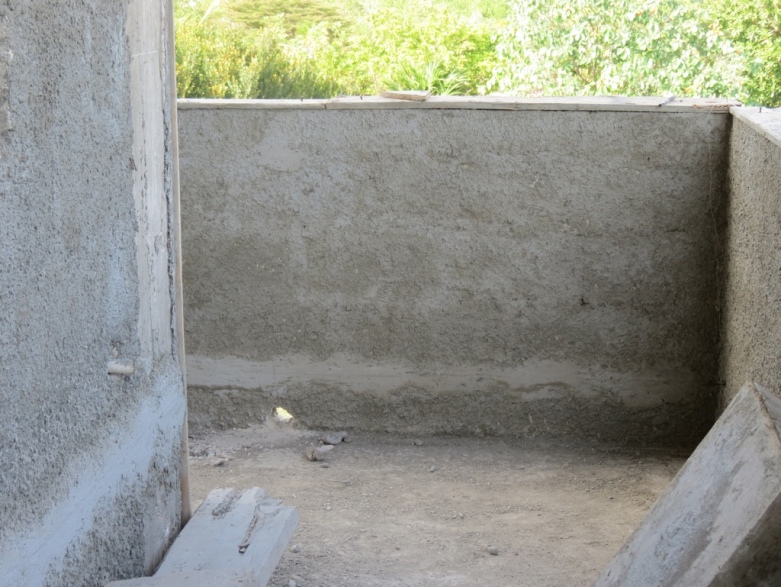 In the north-eastern corner. 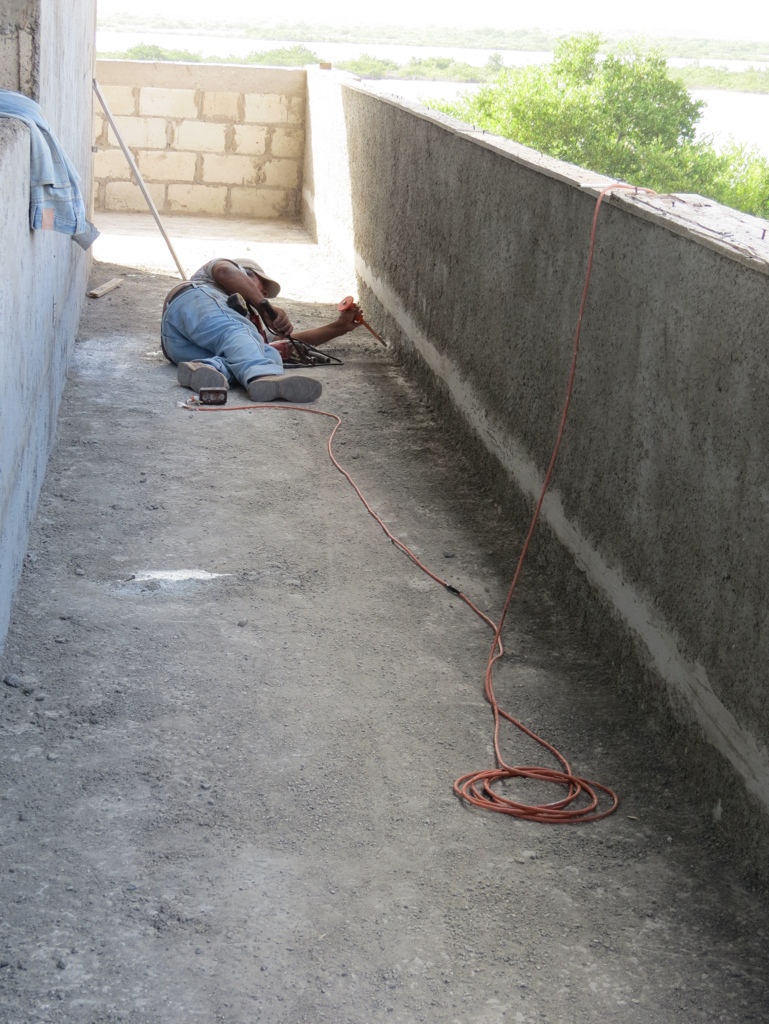 Nearly there in the north-western corner.

A look towards the lagoon and we could see that they were hard at work on the sea-wall. 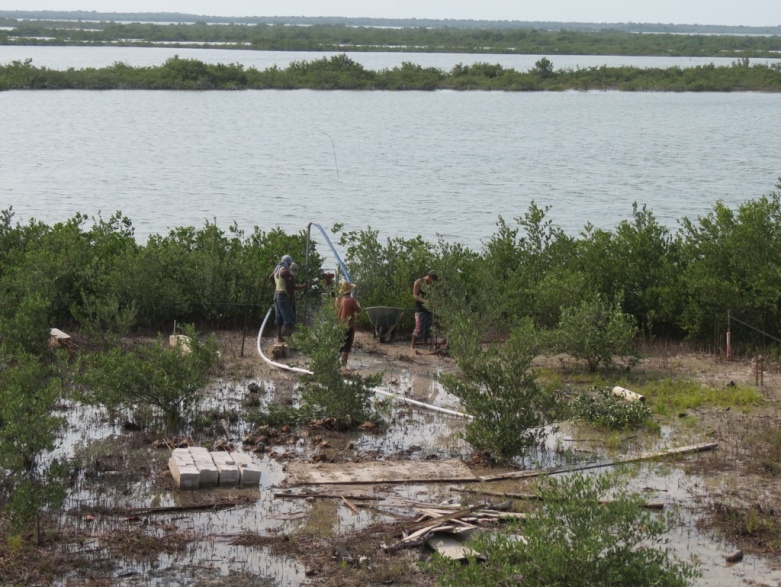 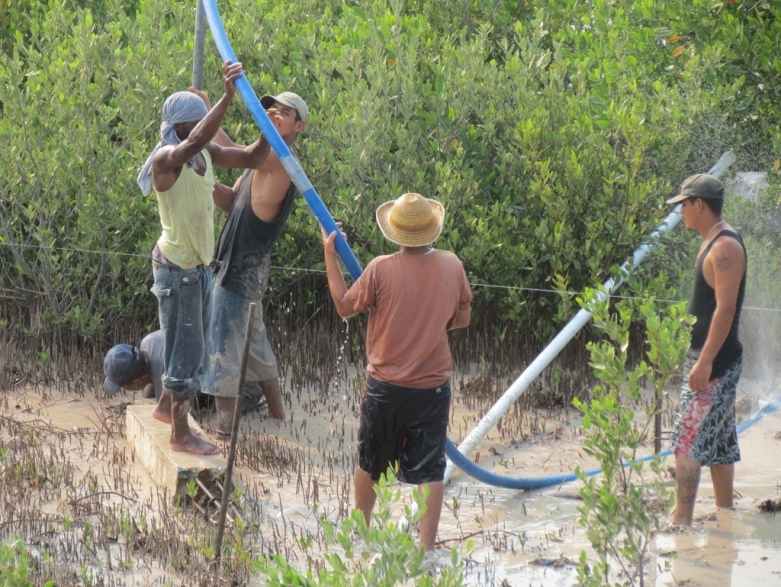 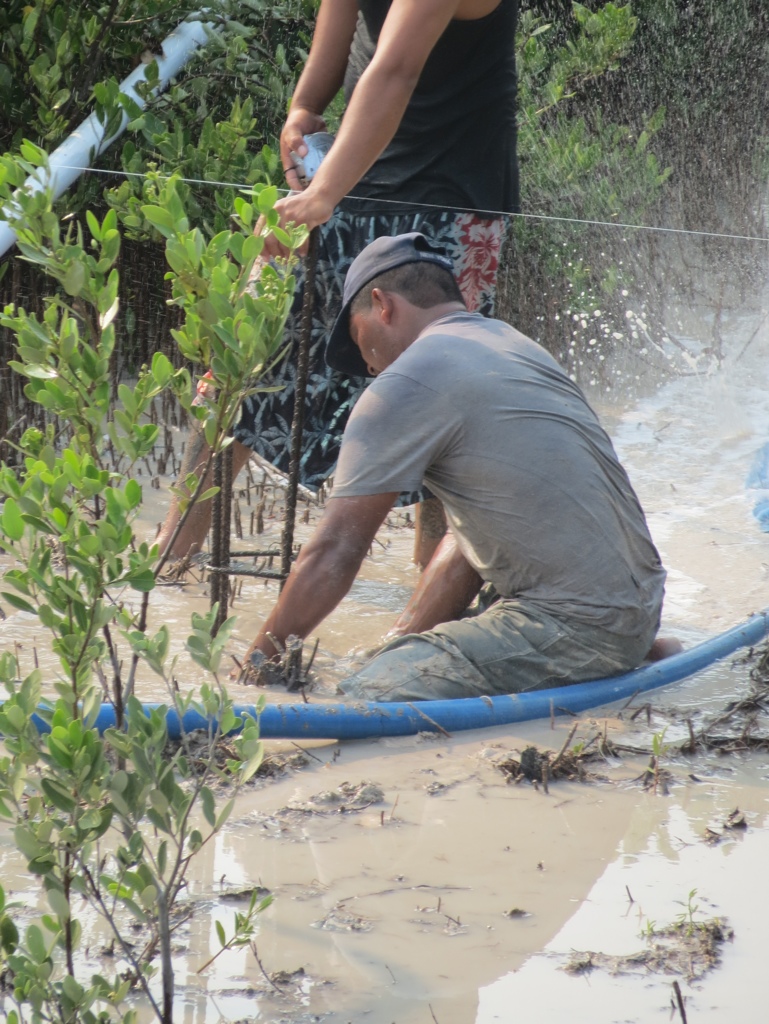 Oscar virtually up to his neck in it!

As I said earlier,we had really missed our daily visits to our build in Ambergris Caye, Belize but I knew that all was well when Rose told me ‘Its all right now’.

On the subject of builds there’s another bit of construction going on opposite TMM. Work has been going on for a couple of weeks now and the building is shooting up. Understand (bit of an exclusive here – more information to be revealed in future editions) that it is going to be a bar & restaurant . 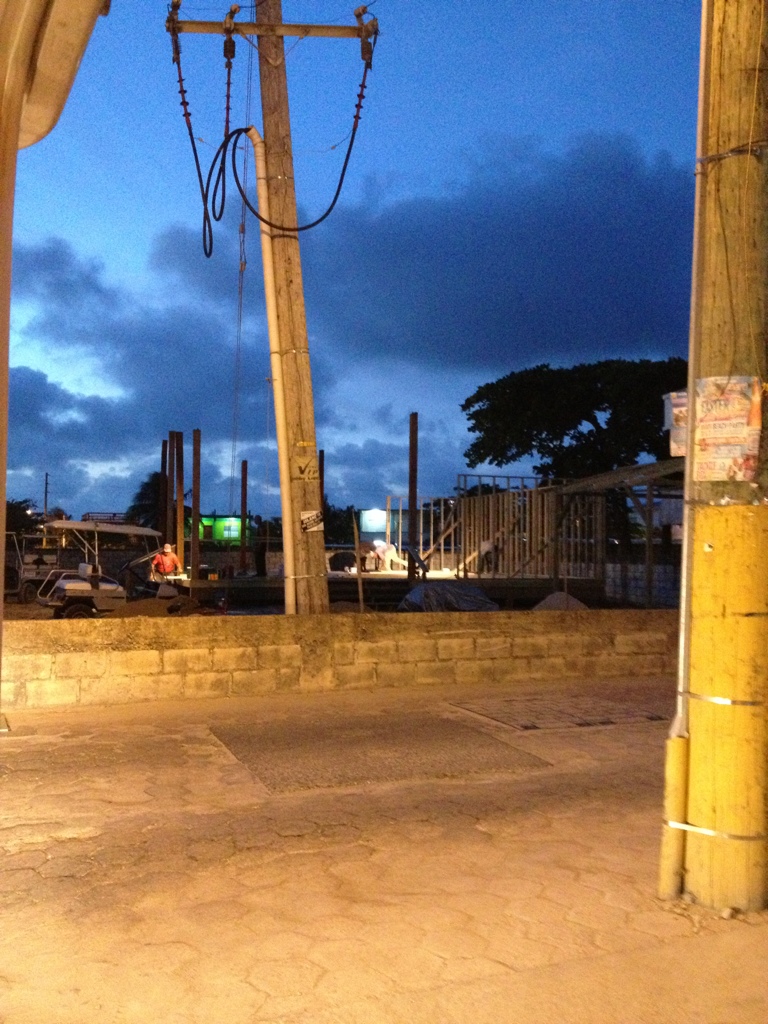 Working in to the dark. What will the final build look like?

The headline is based on the 1970 single by Free which reached number two in the UK Singles Chart and number four in the US Billboard Hot 100.