Received an update yesterday (after I had sent an email requesting one) from Roshel Godfrey of the Belize Tourism Board as to the status of my application to enter the QRP ( Qualified Retirement Program). She confirmed that they have everything that is required to process my application and now just require a report from Interpol to confirm that I am ‘clean’. Apparently this can take anywhere from between two to eight weeks. Better ‘hold fire’ on ordering the golf cart!

Having missed my breakfast at Estel’s the previous morning because of the power outage I made up for it yesterday and managed to get a table on the deck. I know that many people much prefer a table on the beach but it is not my preferred option . Too much ‘people traffic’ and what you are eating or doing (in my case normally on the Internet) becomes another thing for them to stare at. A beach table is also not the best placement for the refill coffee runs!

Home for some time on the Internet looking at faucets and showers – we now only have one week to make our selections to be certain that they are on-site to the required schedule – and it seemed like no time at all that Rose and I were ready to make the trip north to Tres Cocos to look at our build in Ambergris Caye, Belize .

On the way up there we saw another example of how the San Pedro Town Council makes very effective use of overhead banners to communicate relevant messages to residents and tourists alike.

And a happy Easter to my readers too.

With the front ( roadside) part of our land now cleared and filled it is great to be able to park the golf cart in front of the house because we can normally get an indication of what aspect of the build the guys are focusing on.

View of the house from our golf cart.

Approaching the house we could see Nicholas, Sam and Alfredo moving scaffolding in to position so that the beam supporting the First Floor veranda could be plastered.

Bits of wood used to bring the scaffolding to the required height. 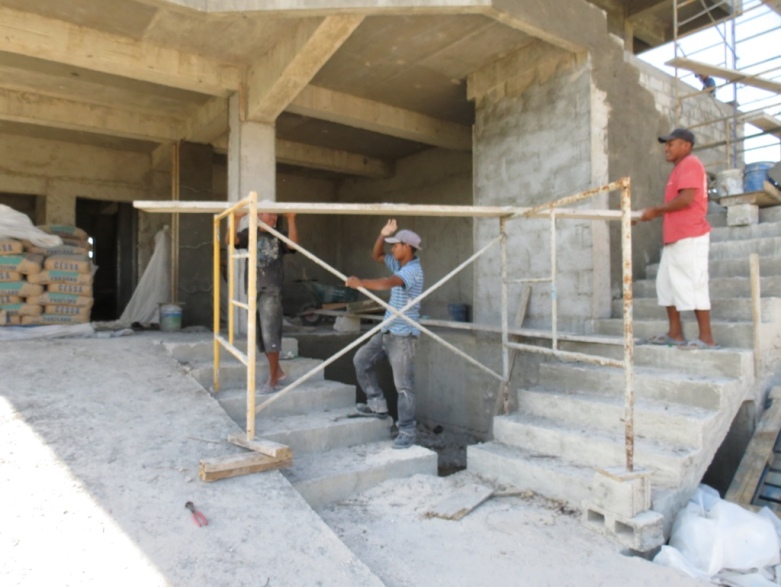 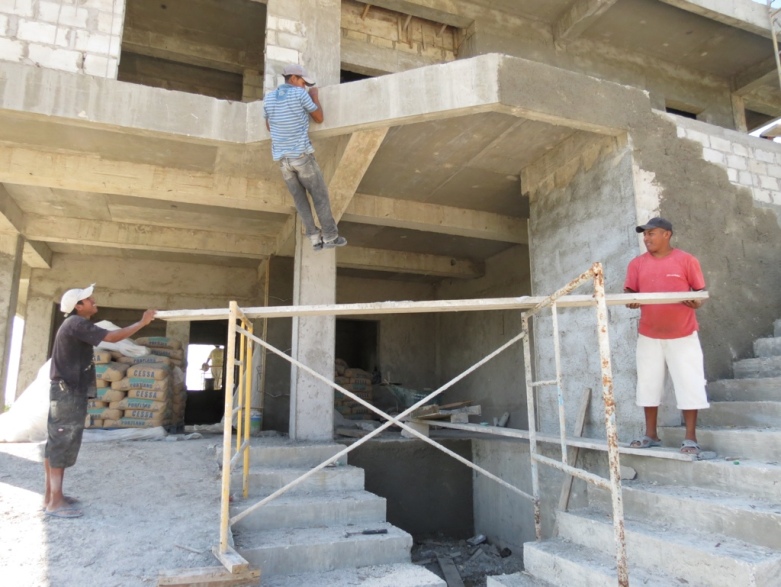 Scaffolding in place it was time for Nicholas to display his acrobatic skills!

With the show over Nicholas quickly set about plastering the beam.

Stopping only briefly to load the hawk 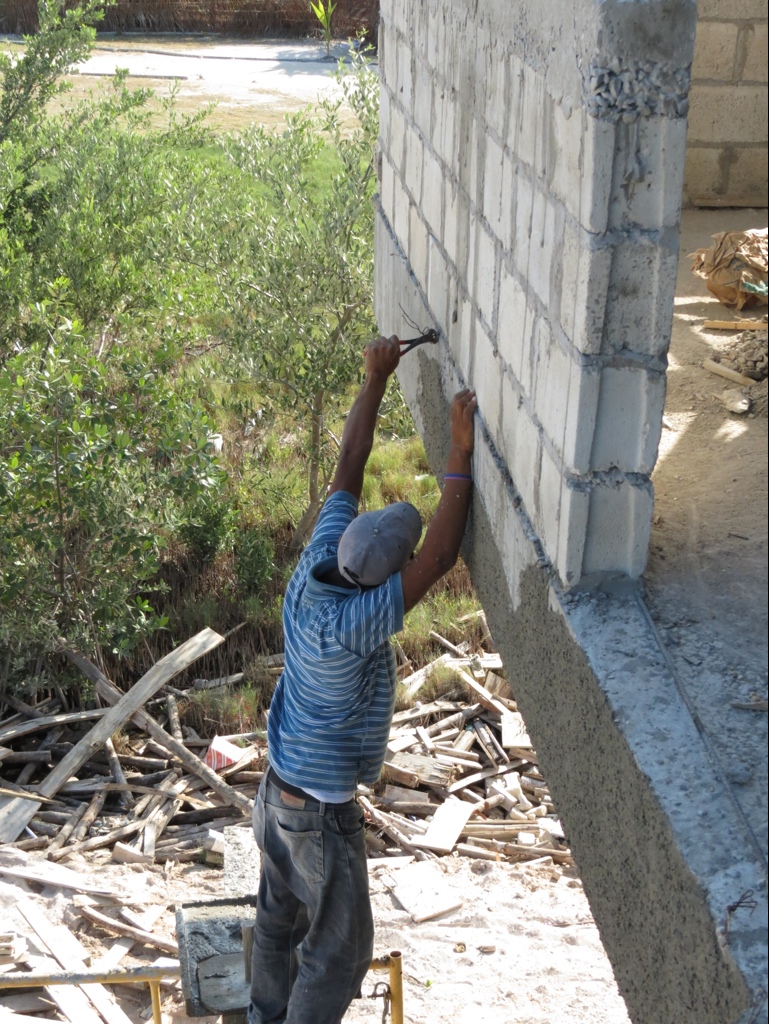 Up on the First Floor the major focus , after the plaster coat had been applied, was a general tidy up. 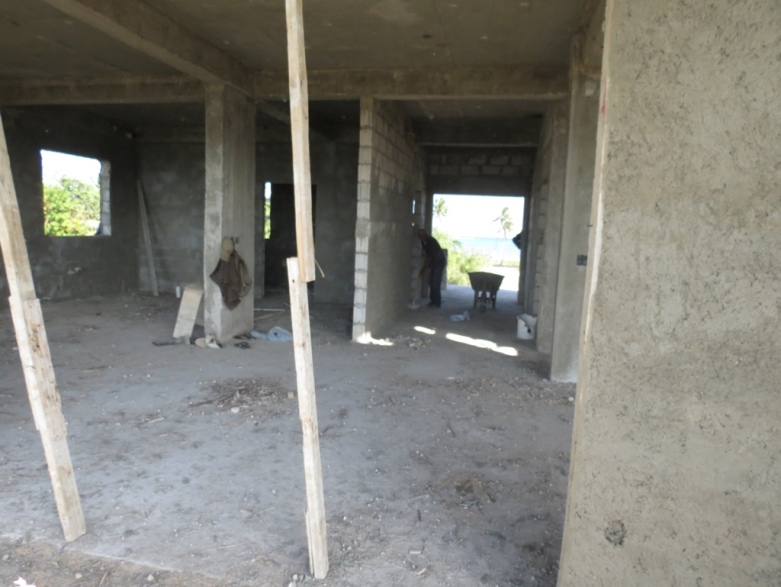 Clean up in the living and dining room areas.

And shovel the rubbish over the side – useful landfill!

Wanting to see a little more action than a tidy-up Rose and I used the scaffolding (we are both getting rather adept at this now) to access the Second Floor where we found Zapeda and Eduardo plastering the northern exterior wall.

The dynamic duo of Zapeda and Eduardo using a feather edge to level off the plaster.

All work stopped when there was a shout of “Niñas, Niñas, Niñas” (Girls, Girls, Girls) and the guys quickly rushed to look at the girls cycling by from the great vantage point that the top of the scaffold tower now provides.

“Shes young enough to be your daughter Zapeda!”.

The guys didn’t dwell for too long though and were quickly back at work.

The headline is based on the 1976 single by Sailor which reached number seven in the UK Singles Chart.