Far, far easier to get out of the bed in the hotel we are using in Austin. This one is for normal sized people and nothing like the one we slept in when in Dallas.

Fully adjusted to the clock change for Daylight Saving Time I got up at a respectable 6.15 am – bit of a lie in but not overly so. Showered, shaved (not Rose,only me),dressed and fed we headed to Georgetown to pick up where we left off yesterday. Me trying to buy a pair of Minnetonka Moccasins. 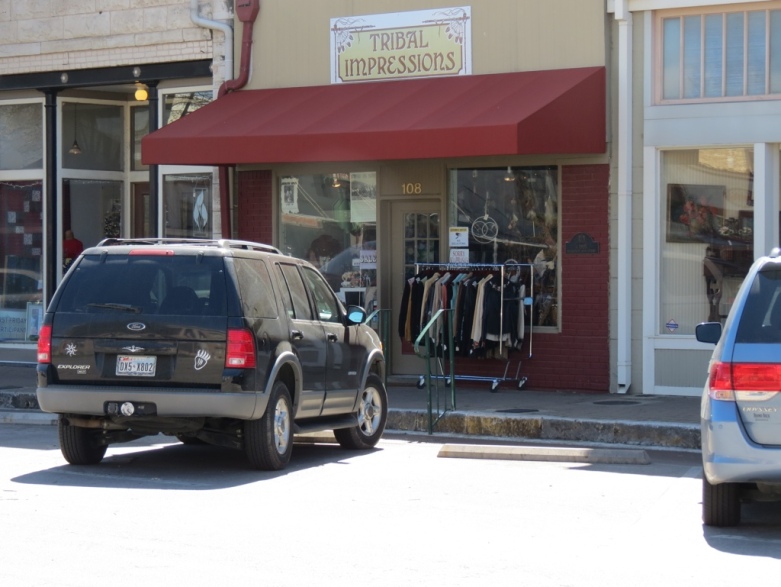 An emporium of cowboy and Indian wear.

For such a small store there was so much stuff packed in there and I didn’t know what to choose. Ten ‘try ons’ later though and I had found the moccasins for me. Black moose hide. So soft that when on they feel like house slippers.

Ready to give my trusty old flip flops a run for their money!

With my objective satisfied we jumped in to the car and drove fifteen miles to Liberty Hill to take a serious look at golf carts. Our mission was to finally decide what type of wheels we will buy when (hopefully I am not being overly confident) I acquire QRP (Qualified Retirement Program) status.

In just over an hour looking at the selection of vehicles on display at Ennis Golf Carts Rose and I had made up our minds. We are going for the Club Car XRT 850. With its flip-flop back seat it should give us the best of both worlds. Four seats if we need them but also a flat-bed at the rear when it’s heavy duty shopping time. 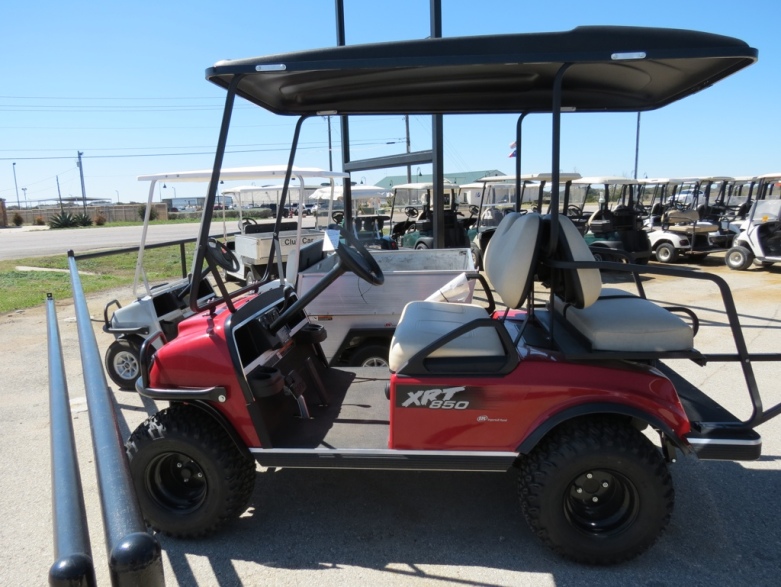 Our choice. But probably not in red though.

With the shopping done Rose and I headed back to the hotel, freshened up and took a taxi to Sixth Street, Austin and boy (see,the American expressions keep creeping in) did we have a good time. For us it was like a mini-me of Bourbon Street in New Orleans. Roads closed off to cars. Loads of people out to have a good time. 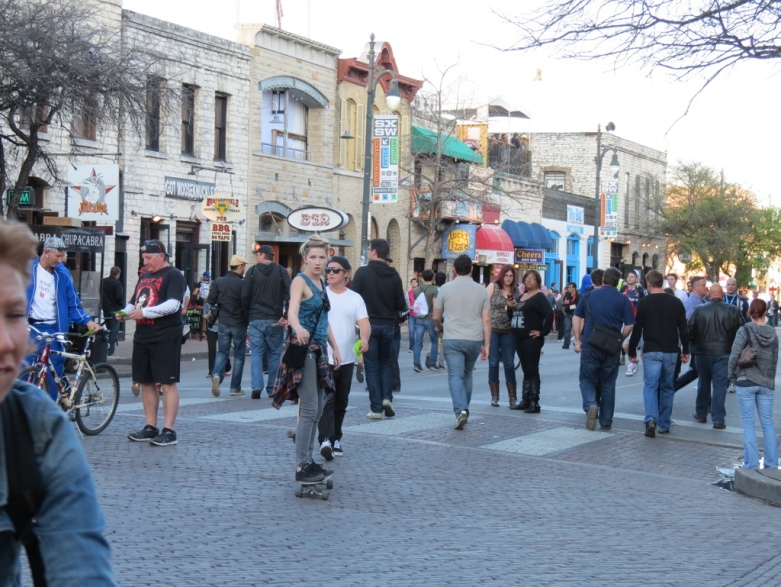 Street performers were setting up everywhere .

Music coming from nearly every corner and bar we walked past. Then we thought ‘why keep walking past them?’. So we didn’t and decided to go in to B.D Riley’s.

Well, Rose is Irish and it is only days away from St Patrick’s Day.

We chose a couple of pints Bass Ale (tasted really,really good) but there were so many good beers to choose from.

Well, what would you have chosen?

And then we both had Irish Stew – well we just had to.

Not the greatest photograph but I was in to my third pint.

The music was great but the high spot for us was Skinny Lister, an English group, who really got the pub going. 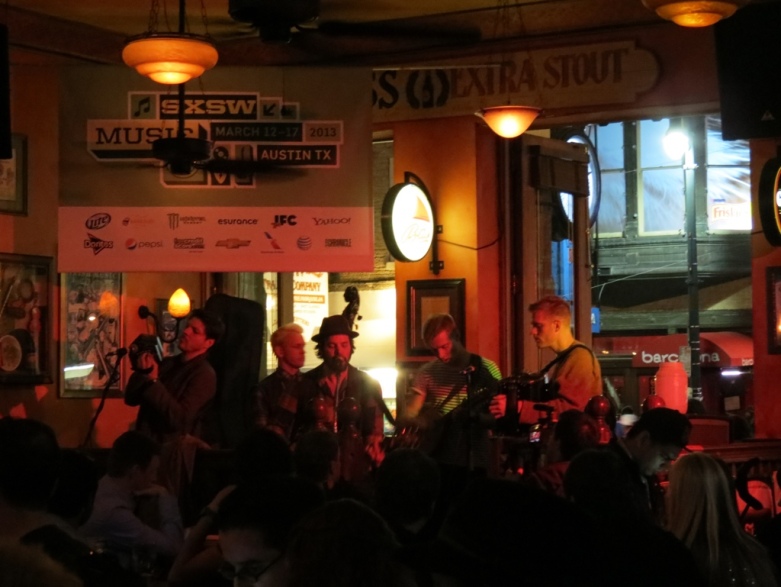 An all action group whose members moved around the pub encouraging everyone to get involved.

Double bassist plucking his strings on the bar.

Being the oldies that we are (well me at least) we left the bar at around 11.30 pm ( cannot be precise because I couldn’t focus on my watch) and Sixth Street was really getting started. I was tempted to stay awhile but looked up and saw a cat looking at me and realised that I had drunk too much.

A purrfect picture (terrible I know but…).

As we were heading to try and catch a taxi we stopped to listen to a group playing in the street that had drawn a large crowd and were really tempted to stay but we are old enough to know better. 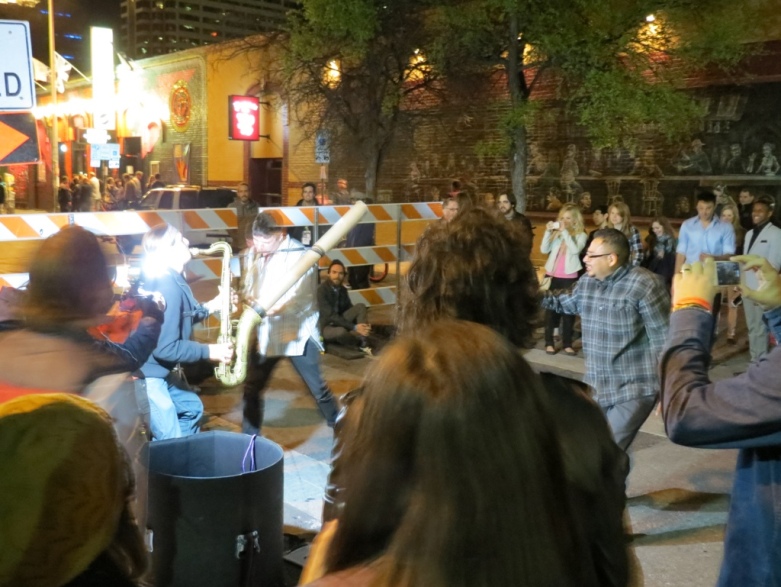 If only I didn’t know better I might still be there now!

Think you have probably read and seen enough of our visit to Sixth Street and it is time to bring you up to date with developments on our build in Ambergris Caye, Belize. So, here goes.

Exterior of the bathroom walls (eastern side of the house). 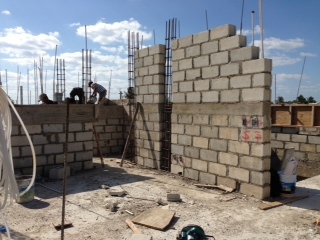 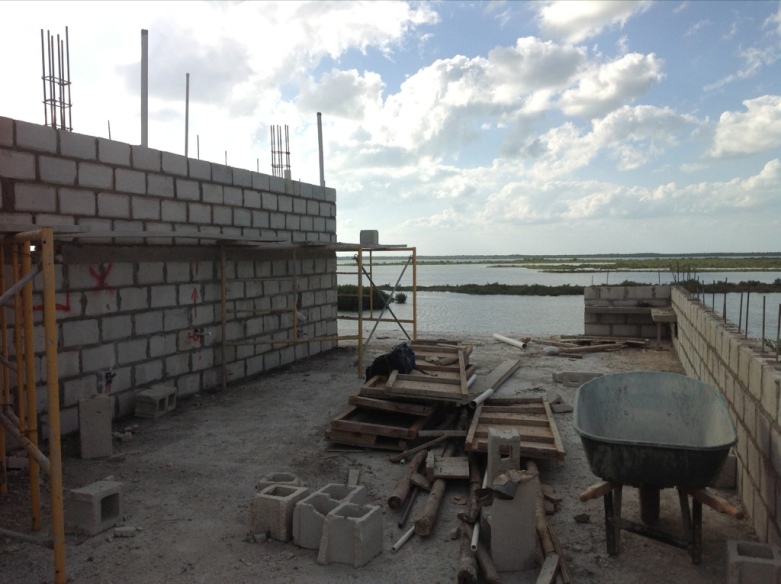 And the exterior wall of the Master Bedroom. 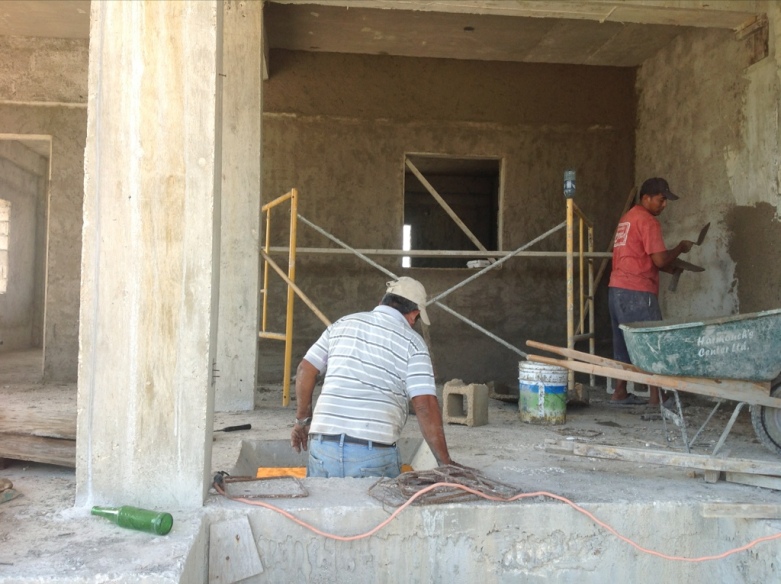 Plastering the external walls on the Ground Floor.

Our house just appears to be getting higher and higher in our absence.

The headline is based on the song written by John D Loudermilk which was first recorded in 1959 by Marvin Rainwater. The first hit version of the song was recorded by Don Fardon but the version that most resonates with me is by the Raiders which was released in 1971. The song reached number one in the US Billboard Hot 100.