Didn’t get up this morning until 7.15 am. The consequence of an action packed,fun-filled day (OK so I am easily satisfied) yesterday.

Had two mugs of coffee to give the body the caffeine boost it needed whilst reading The Times on line and trawling through my emails. The best -and most welcome one- being from my sister Chris (for those of you that think you know me there is a soft side to me).

A quick shower and shave and four slices of jam (no butter!) on toast ( see I don’t eat a fried breakfast every day – although if you read this blog regularly it might seem like I do) and I was ready to knuckle down and pull the paperwork together for our application to enter the QRP ( Belize’s Qualified Retirement Program).

First off was assembling the documentation needed to prove that I (Rose will be a dependent – always told her she depended on me!) will be able to meet the requirement of bringing in to Belize not less than US$ 24,000 (equivalent of US$ 2,000 per month) a year. This is the only element of the application process that a dependent does not have to provide. Then it was digging out copies of our Birth Certificates and our Marriage Certificate.

I then moved on to completing the application form ( I got mine from the Belize Tourism Board office located in Barrier Reef Drive, San Pedro Town but you can get a copy on-line). There are only four pages to it ( but most of these are filled with explanatory notes) so this didn’t take too long.

With all of the necessary documentation pulled together Rose and I headed off to the town to get passport sized photos taken ( four front and four side profile) and then in to Gekko Graphics to get our passports ( every single page, whether used or not) photocopied along with the other documentation. There was such a lot to copy that they asked us to call back in 30 minutes so we used the time to pick up some groceries.

With the copying done we went to see Amanda Syme ( who is a Justice of the Peace) of Sunrise Realty to validate the copies of our passports .This done we headed off to the Belize Tourism Board office to hand in the application form. We should know in between six to eight weeks if we have been accepted or not.

With the application submitted we headed home to drop off the documentation that had been copied and then went straight to our build in Ambergris Caye, Belize and got there by 3.45 pm.

On the way up to the First Floor we could see the guys taking the assembled rebar frames to the Second Floor. 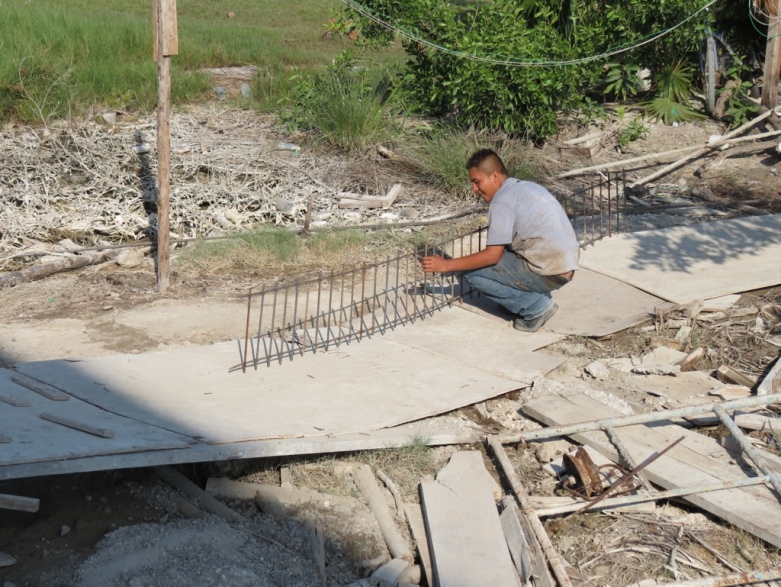 A quick check with Nicholas that it was OK for me to go to the Second Floor and I was up, up and away. 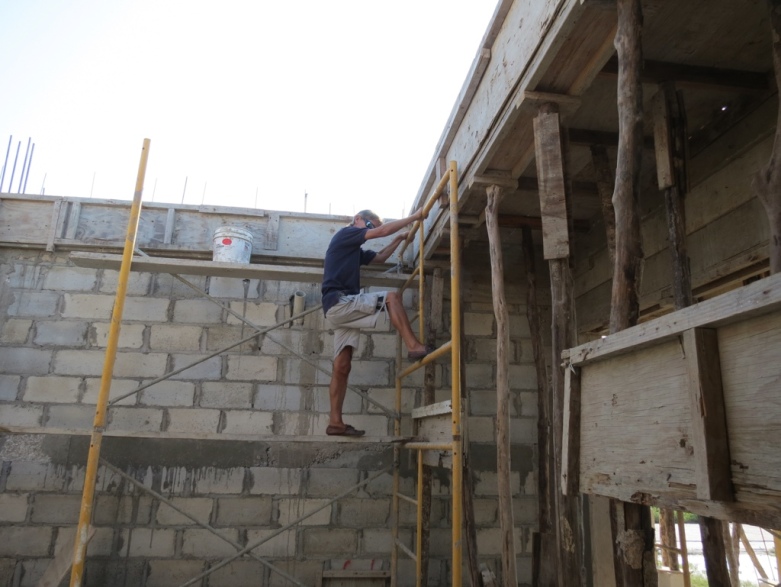 With a couple of carefully placed feet I was up on the Second Floor surrounded by an ‘army’ of guys busy at work fixing the rebar in place. 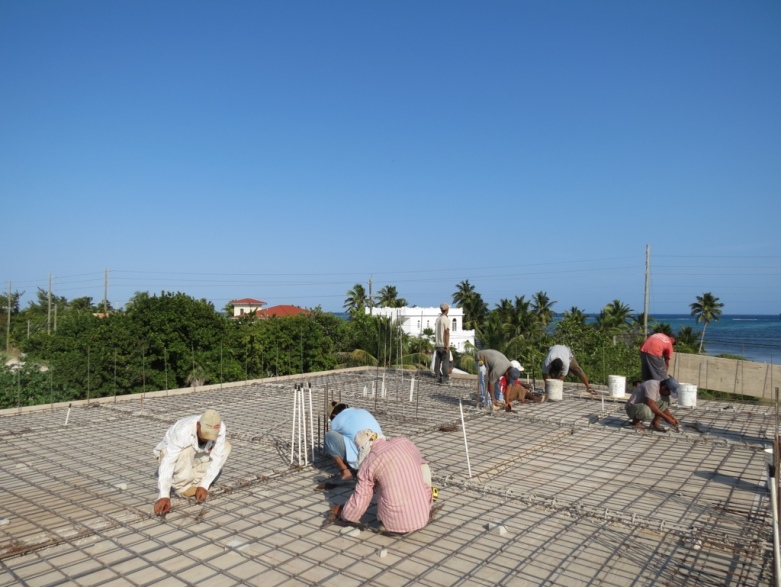 Busy tying the rebar together. 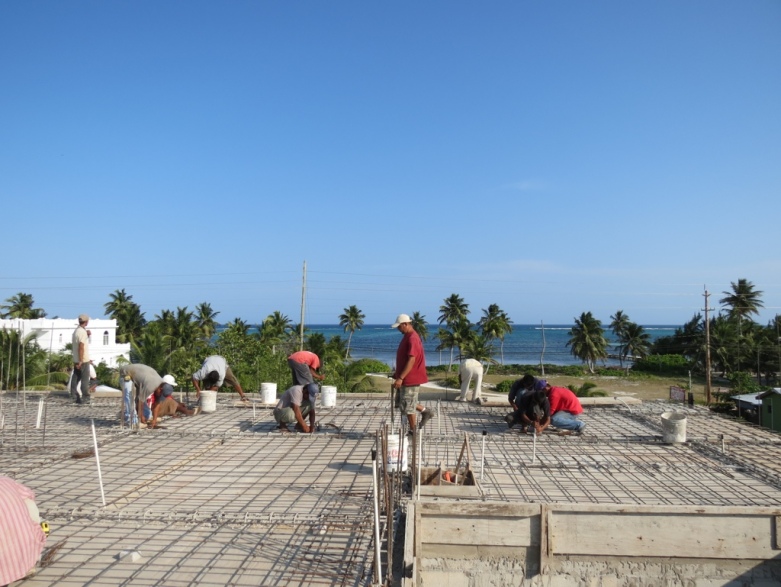 I very quickly found a position where I would not be in the way of the guys and took the opportunity of looking at the views from this much higher position and this is what I could see. 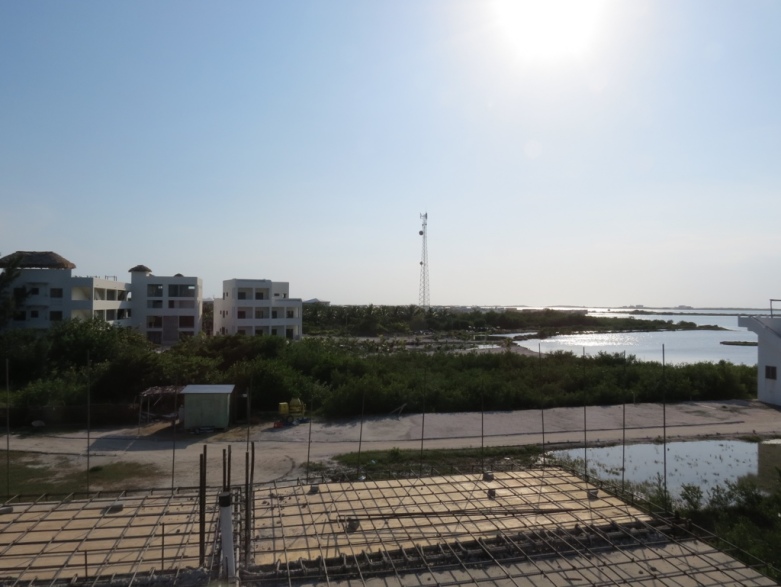 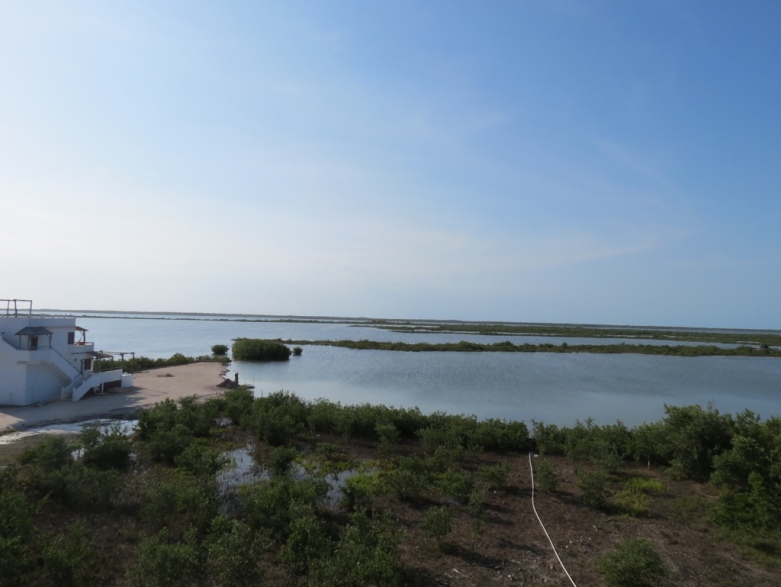 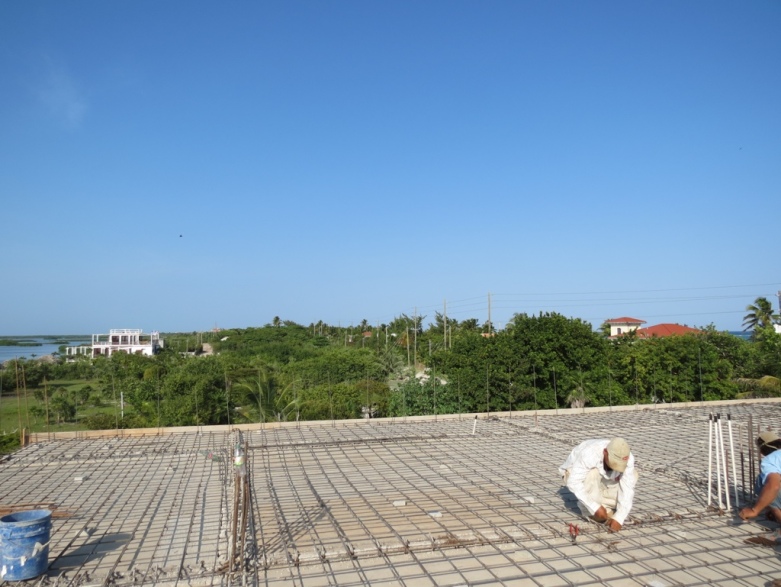 Stepping carefully around Zapeda who was busily studying the plans I moved to the other side of the floor.

“Where does the next bit go?”.

In a new position I continued with my look at the views.

All of the floor was being covered with rebar apart from where the stairwell will be.

Stairwell from the Fist Floor to the Second Floor.

Whilst up on the Second Floor I could see the road that had been cleared to the north ( this is currently being discussed very actively on the Ambergris Caye forum) and I will include some photographs of this in tomorrow’s edition.

I could have stayed up there for ever (OK a bit of an exaggeration) but I could see that the guys were getting ready to start getting their tools down to the bodega so I left them to it.

The headline is based on the 1967 song by The 5th Dimension which reached number seven in the US Billboard Hot 100.