Had been out on the veranda around an hour when there was a heavy downpour at around 6.15 am. It didn’t last long but came down heavily enough to ‘force’ me inside. Good opportunity though to replenish my cup with coffee.

Resettled I proceeded to catch up with the news via my The Times on-line subscription and was enjoying the read when the rain came down again at around 7.15 am and it coincided with a power failure which took out the Internet. It only lasted around 10 minutes but power outages are something that if you are contemplating relocating to Belize occur reasonably frequently (eg we had one last Saturday as well).

After finishing off The Times (or did it finish me off?) it was time for a quick shower before heading over to the Belikin/Crystal Water depot to get a 5 gallon water bottle (BZ$3.50 if you have your own bottle). The depot is conveniently located now but when we move to our build in Ambergris Caye, Belize I will probably get five or six bottles per trip ( for this I will have to pay a refundable BZ$25 deposit per bottle).

Rose and I then spent a little time finding storage space for some of our stuff to create space for the visit that some friends of ours are going to make. They will arrive three days before we set off on our trip to Dallas and will stay at the condo we are renting. We then get to spend a further three days with them when we return before they head off home. Works for all of us. We get someone to ‘condo sit’ and they get a relatively inexpensive holiday.

Around 12.05 pm we had another power failure but fortunately like the previous one it didn’t last long and we continued clearing space until the Arsenal Champions League game versus Bayern Munich commenced and that’s when I wouldn’t have minded another power failure . Quite simply it was men against boys and now in only February Arsenal have a season with only forth place to play for.

The rain came down quite heavily during the game but fortunately stopped just before it finished and it was time for Rose and I to head to our build in Ambergris Caye, Belize.

When we got there the guys were busy at work on creating the rebar frames for the beams for the Second Floor. 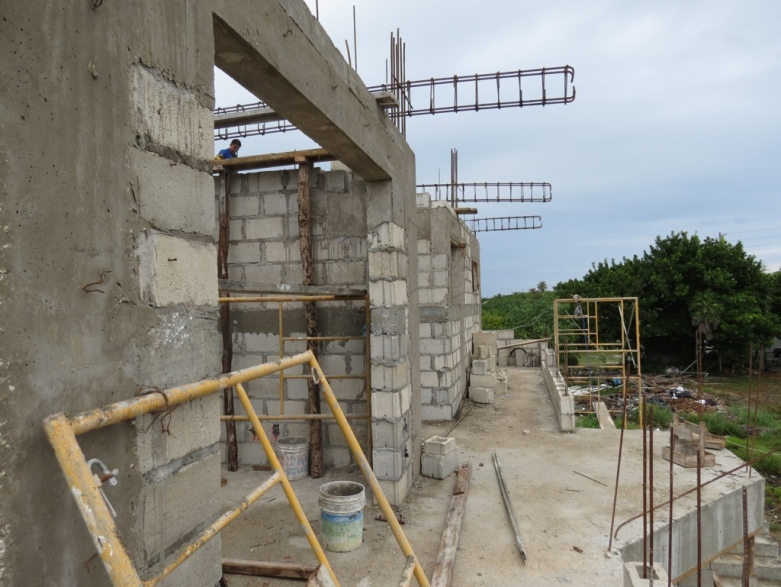 Frames in place to support the veranda on the eastern side.

A walk through the front entrance and we could see that the frames were running east to west through the house.

Frame along the southern side of the hall in place. The northern side hall wall does not require a frame because it is not a load carrying wall.

They hadn’t run the frames through to the veranda on the western (lagoon) but the wooden supports had been put in place in readiness. 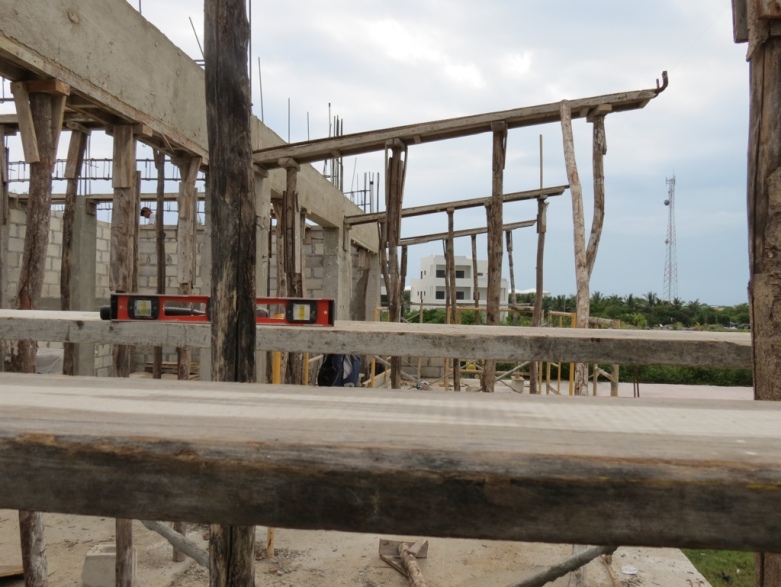 With scaffolds all over the place it was impossible to get a full shot.

The form work for the correctly sized window in the kitchen (where the sink will go) had been removed to expose the lintel. 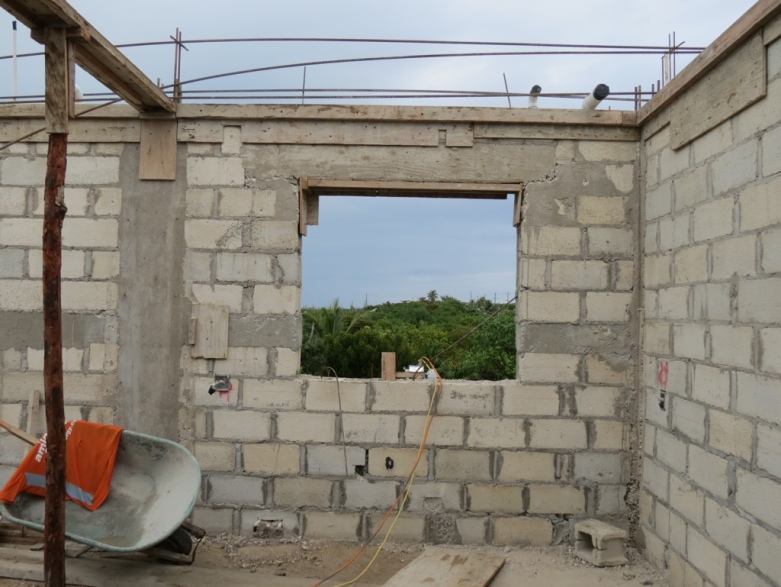 And the same applied for the clerestory window in the dining room area. 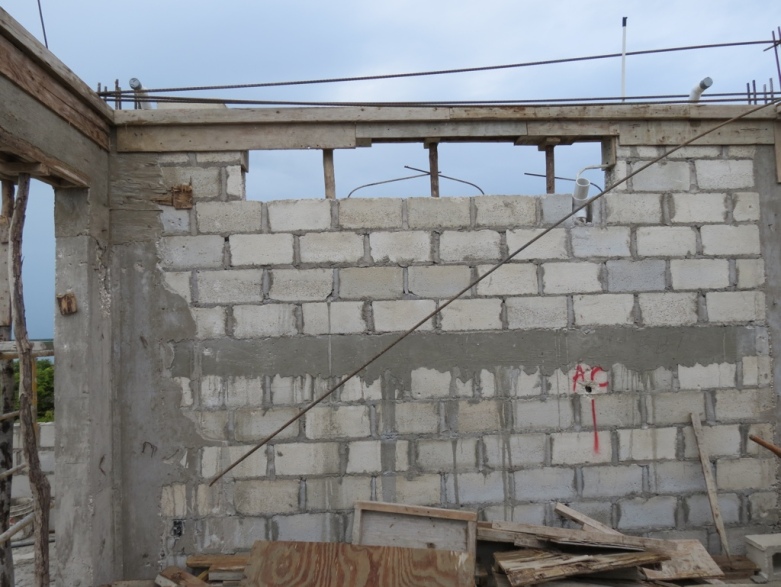 Clerestory window space. Much better at this size. Well, we think so anyway.

A walk to the other side of the house and we could see that the wooden supports for he veranda on the southern side had also been fitted.

All the while we were there rebar was being brought up from near the bodega to the First Floor.

May not look heavy but …

While we were there Sam, aided by the newest member of the team whose name I do not know yet, finished off the rebar frame running east to west through the dining room area/kitchen/utility room.

Carefully balancing whilst removing the boards to be able to work on the next frame.

Very quickly they moved to the northern side of the house to assist Anhill with the creation of the frame and immediately started measuring where the frames need to be fixed.

Sam with the tape measure.

Before they got a chance to start work on the frame it was 5 pm and time for them to head off home for a well deserved rest.

The first of the guys on their bikes heading south on their way home.

The headline is based on the little known (well it wasn’t known by me anyway) first track of side two of the 1971 album entitled ‘Broken Barricades’ by Procol Harum which reached forty-one in the UK Albums Chart and number thirty-two in the US Billboard 200.