Around 10 last night I received an email from Daniel Camal, our building contractor, which was accompanied by the detailed costing we had requested for the building of an additional en-suite bedroom and a repositioning of the store room on the Ground Floor of our build in Ambergris Caye, Belize. We decided that it was too late in the day to review the breakdown of costs and would,instead, tackle this the next morning.

When I got up this morning I opened the attachment and carried out a cursory check to make sure that the individual material type costs are the same as those that we received for the initial proposal for our build in Ambergris Caye, Belize. They were. That done I went for breakfast at Estel’s ( for me the BEST way to start the day).

When I got back home Rose and I went through the cost proposal checking the component costs against the architect’s plans and the changes we wanted to make . We identified that Daniel had included one more window (three) for the store room than we want. Whilst reviewing the architect’s plans we also agreed where we want the windows and doors to be for the additional en-suite bedroom and store room to be . That done I ‘phoned Daniel and told him that we want to incorporate the changes to the plan and asked to meet with him.

Daniel arrived at our apartment at around 1.30 pm and we spent around 40 minutes agreeing the additional cost and the window/door positions. We then travelled independently to our build in Ambergris Caye, Belize.

When we got there we could see that work on laying the concrete blocks had been completed for some of the walls and forms were in place for the eight inch intermediate concrete beam that will be poured on top of the first six courses of ‘blocks before the next six courses of blocks are laid to complete the walls for the Ground Floor ( such intermediate beams feature in the walls for the next two floors to provide added strength to the walls). 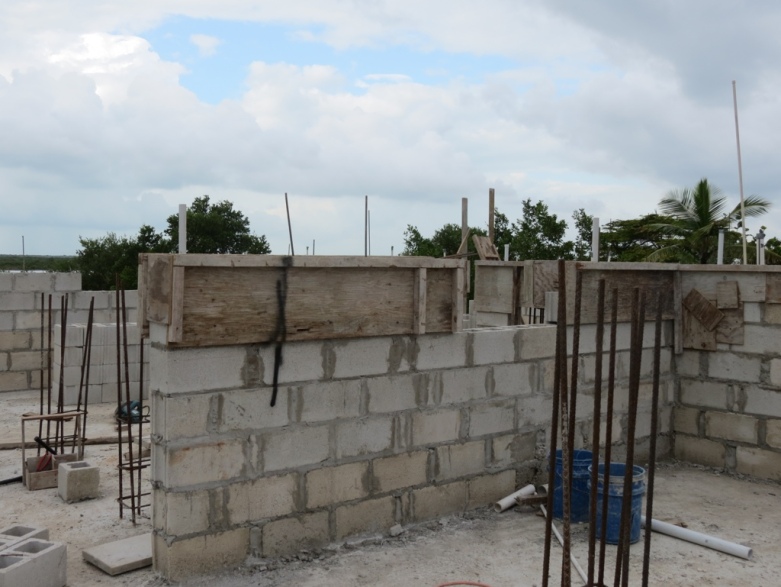 Form in situ for the intermediate beam.

They had also started to pour concrete for the staircase from ground level to the Ground Floor. 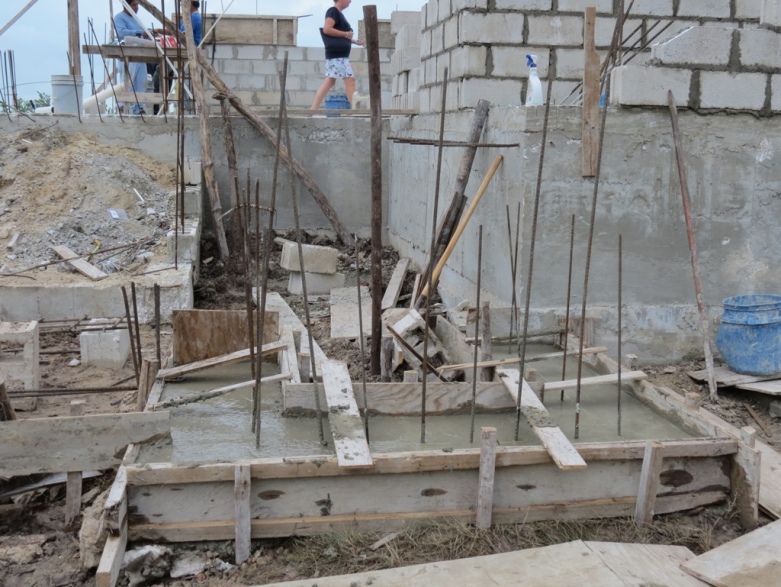 Walls had been marked to identify where the various fixtures are to be fitted.

Where the shower will be in the lagoon ( western ) side en-suite bathroom).

Electric boxes installed for the lagoon side bedroom.

Work had also progressed well on the top of the staircase at Ground Floor level.

Whilst we were there they started on the wall that will divide the kitchen/living room and the new location for the store room. 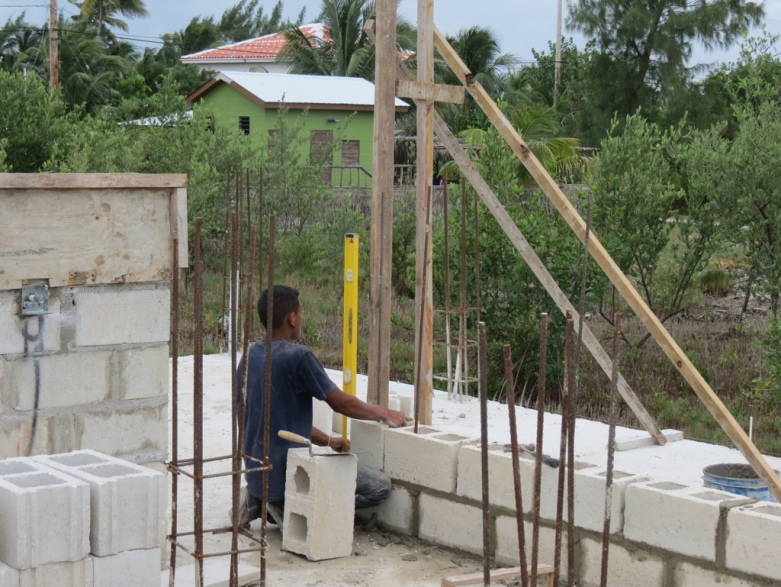 Nicholas making sure that the course of ‘blocks is level.

They also started work on the changes we had agreed with Daniel.

Martin filling the aperture where the window would have been for the old store room placement.

Removing the ‘blocks for the window for the additional bedroom.

It was good to see the changes we had agreed upon earlier being incorporated in just a matter of hours.

The headline is inspired by the January 1972 single by David Bowie. Although it never made the Top 40 it is one of his best-known songs.