In yesterday’s edition (‘Take it Easy’) I apologised for the lateness of publishing and explained that we suffered a sudden and protracted loss of the Internet. So this morning after having breakfast I went to the Coral Cable office to report the fault.

The Internet speed, as anyone living on or visiting Ambergris Caye will know, is slow. The same cannot be said, however, for the engineers. Why? Well I reported the fault at 10.10 am and at 11.05 am the engineers arrived and within 10 minutes of arrival they had identified the fault and corrected it. A first class service.

With access to Internet again Rose and I set off for our build in Ambergris Caye, Belize shortly after 1 pm so that we arrived after the guys had returned from their lunch break ( they normally break for lunch at noon for an hour) .

On arrival at the site we couldn’t believe our eyes. There were workers everywhere. A quick body count informed us that the workforce today comprised fourteen people. Yesterday there were four. What a difference a day makes! 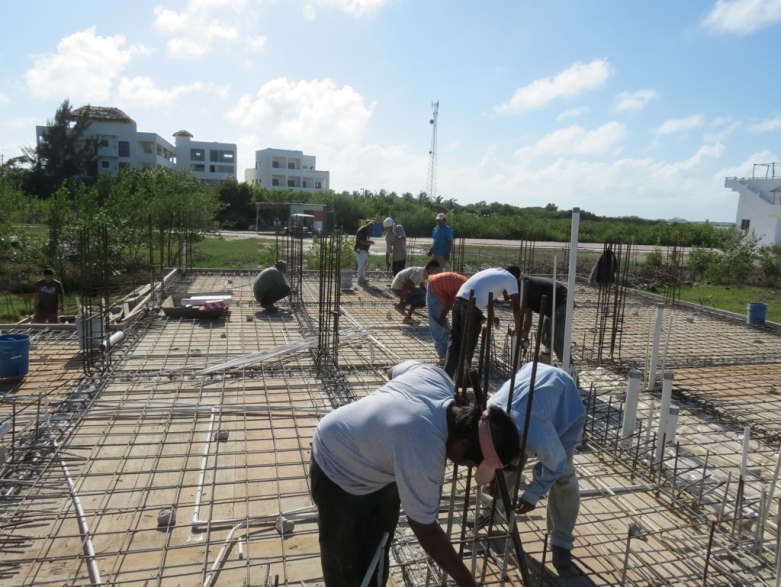 So many workers there is hardly room to swing a cat!

So much activity focusing on different tasks meant that a careful check of the plans was frequently required. 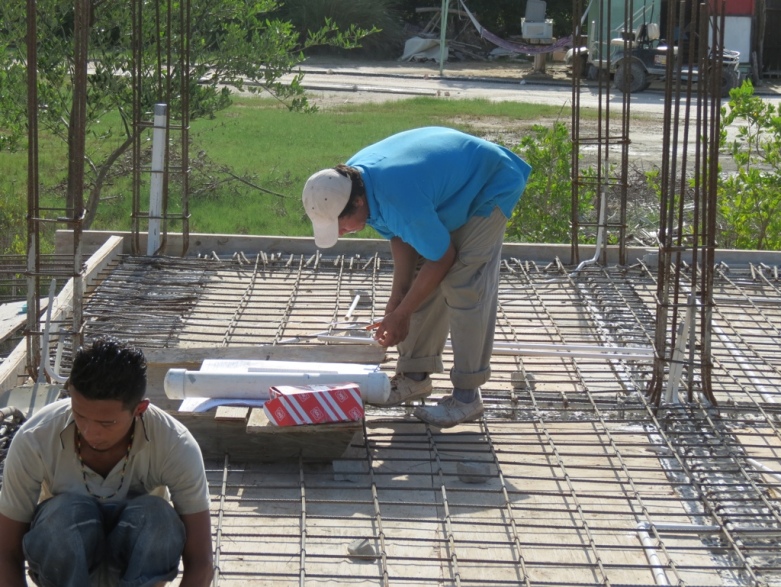 So where does it go?

In all seriousness everyone appeared to know exactly what was required of them and they worked in pairs and trios in a very organised way. Rebar rods that had served their purpose were being bent to run parallel with the form base so that when the concrete is poured they will provide added strength. 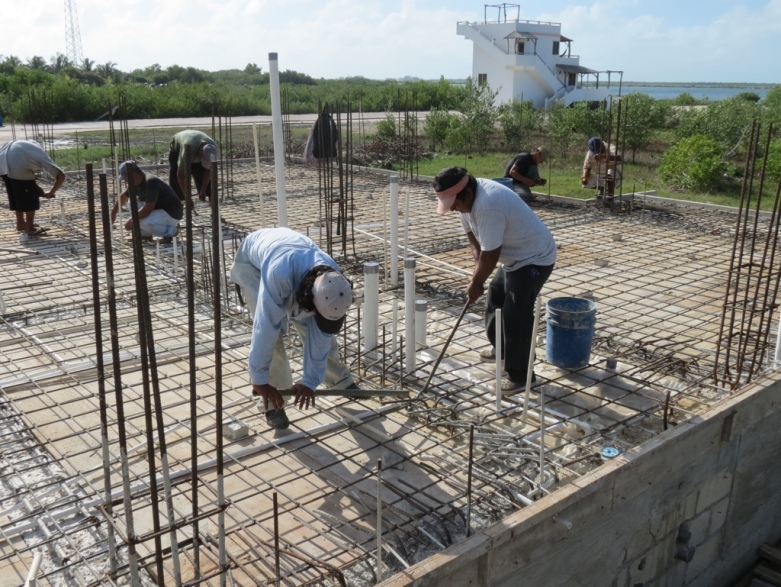 Martin and colleague working as a duo.

Vertical rebar rods had been fitted by the time we arrived which the concrete blocks for the walls will be placed over when they are laid. 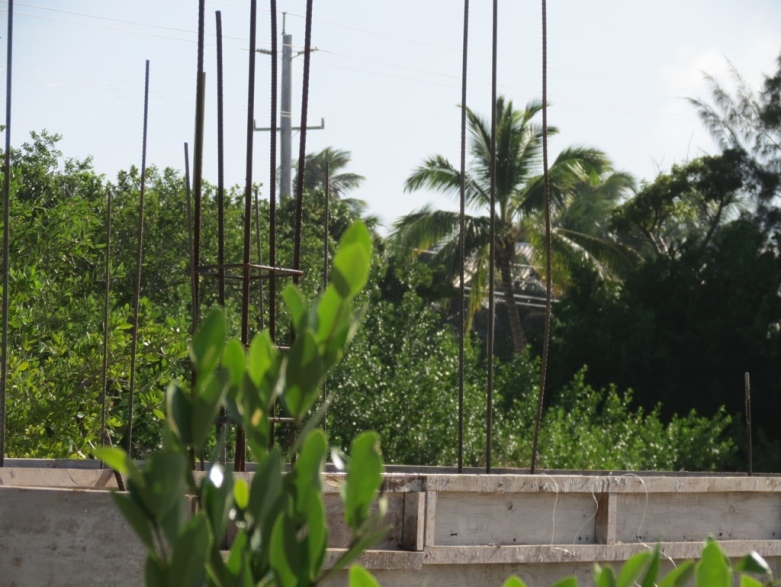 Rods in place where external wall will be built.

The plumber/electrician had been busy and there were pipes in place when we arrived. 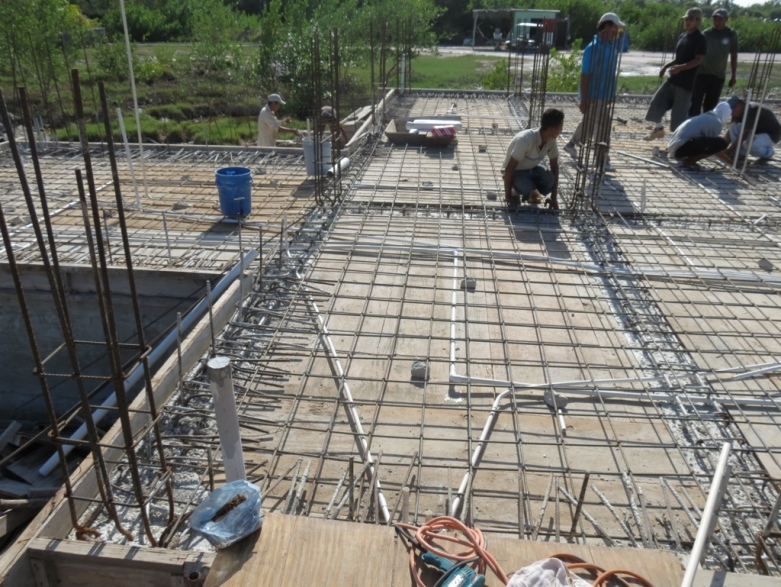 Pipes in place for electric cabling.

He was busy concentrating on completing the installation of the pipes for electric cabling in the north-west corner of the house and was ably assisted by Nicholas. 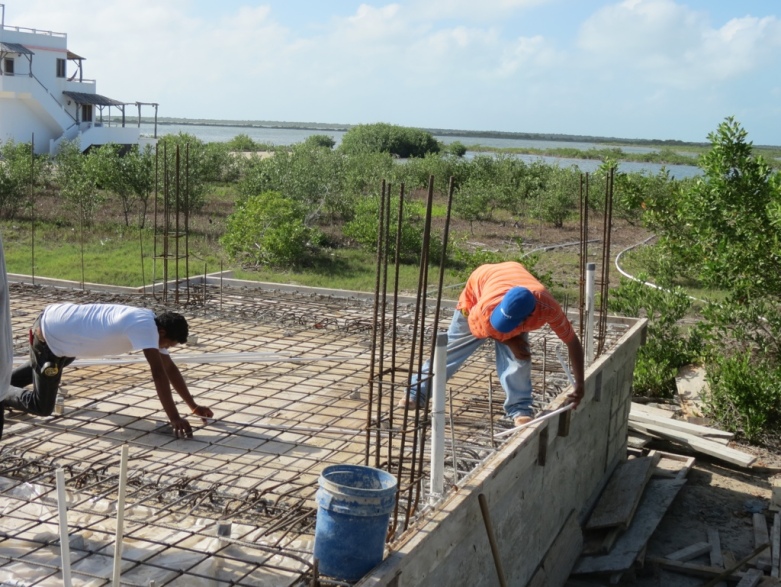 Pulling the pipe into position. 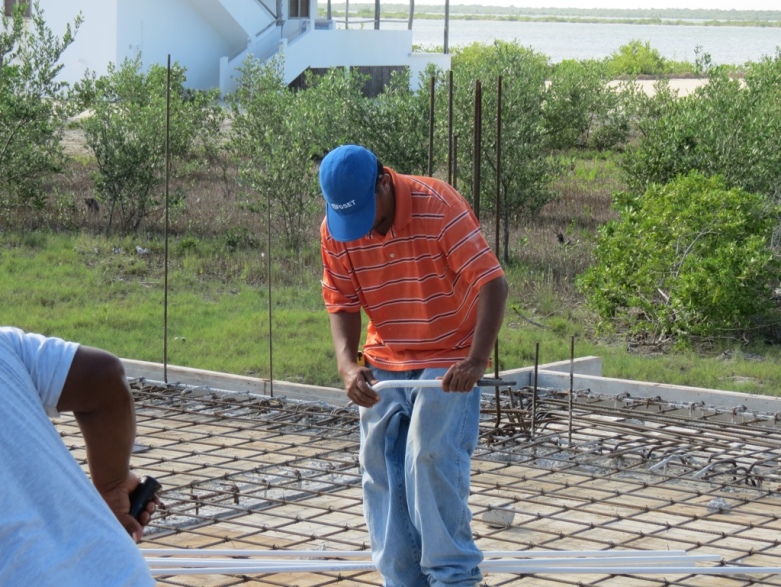 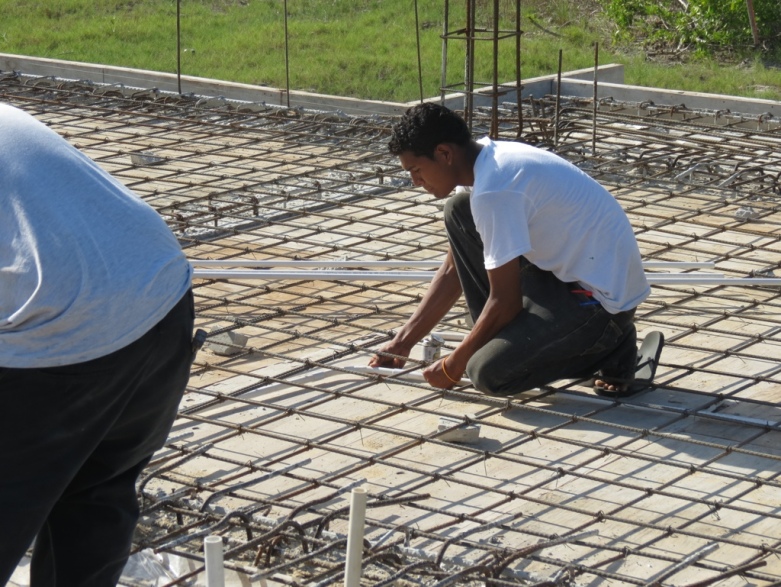 Fitting the pipes together. 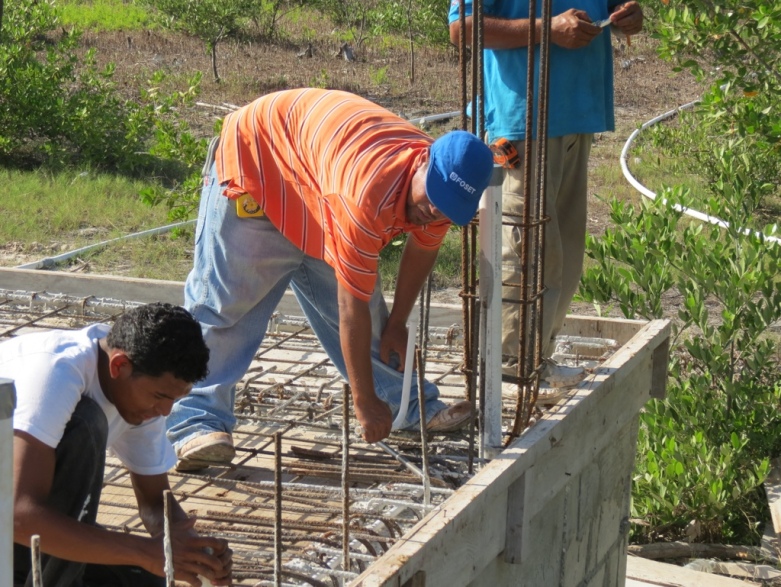 While all of this was going on Alfredo and a colleague were clearing debris from the area where the golf cart ramp will go. 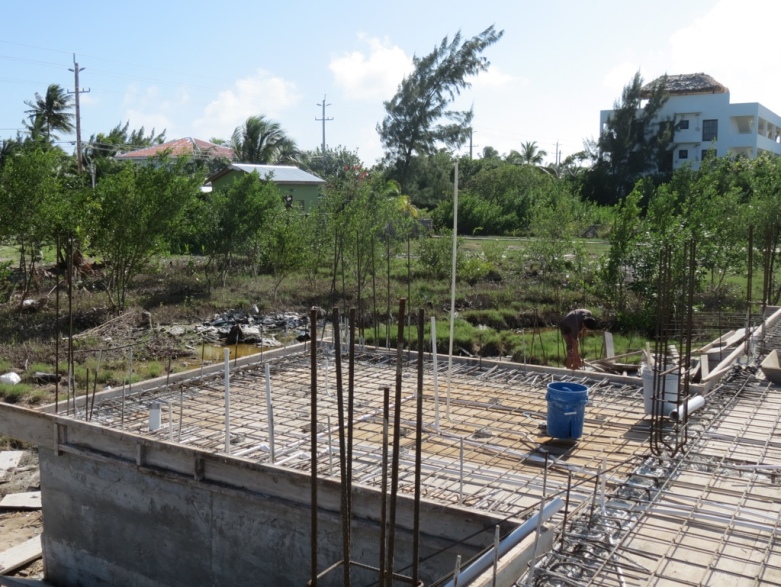 In the background you can just see the wood and other debris in the ramp area. 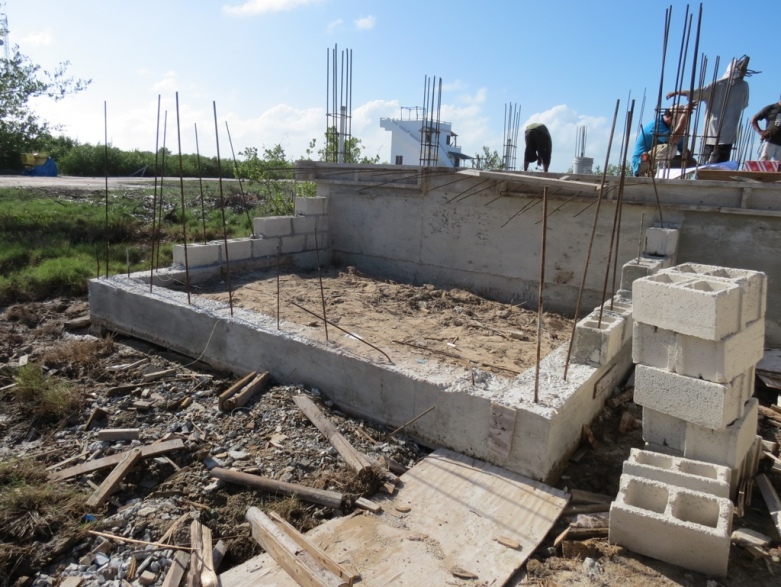 We were really pleased to see so much work going on and even more pleased when Anhill told us that the roof of the water tank/Ground Floor will be poured tomorrow . Can’t wait!

The headline is influenced by the song of that name made famous by Dinah Washington which was released in 1959 and made number 8 in the US Billboard Hot 100 chart.