‘If I Were a Carpenter’ is a single, written by Tim Hardin, that was released by Bobby Darin in 1966 and reached number 8 in the US charts and number 9 in the UK.

I chose this song as the theme for the headline because most of the work on our build in Ambergris Caye, Belize today was concentrated on woodwork- fitting the supports for the forms for the concrete pour of the roof of the water tank.

All Rose and I could hear when we parked the golf cart at the build was the sound of hammers hitting nails and an electric saw.

There were nine guys ‘on duty’, seven guys putting the supports in place and two on wheelbarrow work ( more about this later).

A lot of attention ( I am vey pleased to report) is paid to accuracy for the positioning of the support boards.

Martin securing the line in place for the fitting of the next support board ( I am sure that there is a more correct description but…).

The north to south support boards were already in place when we arrived at our build in Ambergris Caye, Belize. 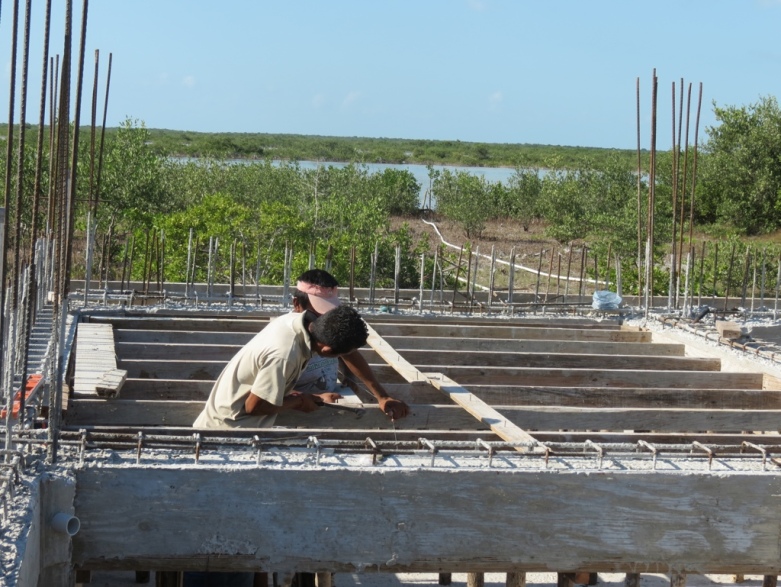 Martin putting the next board in position.

The support framework had already been completed on the north east side of the water tank with the vertical and horizontal supports in place. 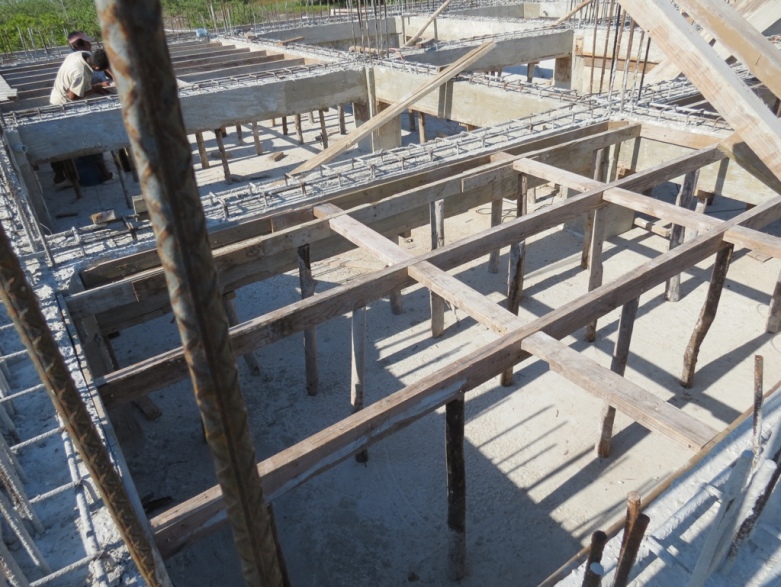 Supports in place in the water tank above which will be the storage room.

The vertical supports are very rustic looking but we have already witnessed how effective they are at doing what is required of them i.e. supporting the forms.

Work had begun on fitting external wall boards and they were already in place on the western side of the house when we arrived.

External forms in place on western side of the house.

Work was going on placing the external forms on the southern side wall of the stairs. 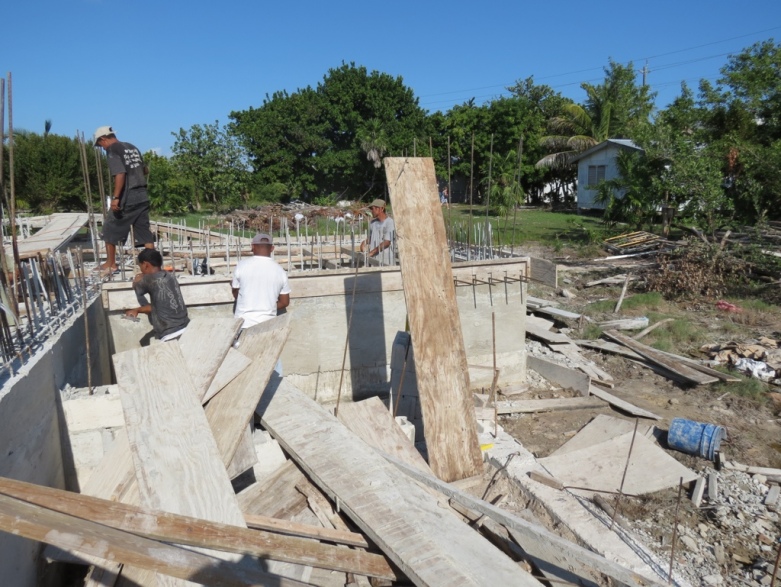 Southern side of stairs.

The guys putting the supports in place were working in pairs, that is aside from Anhill who was working solo in the south-east side of the water tank. I wasn’t going to include a photo of Anhill today but he smiled so nicely I just had to.

The two guys working the wheelbarrows were filling the area that is not part of the water tank on the northern side of the house with sand in preparation for the concrete pour. The area in question will ‘sit’ immediately beneath the bathroom of the Ground Floor self-contained apartment. It is from this area that pipes will be positioned that run through to the septic tank.

Another load of sand from ‘Junior’. 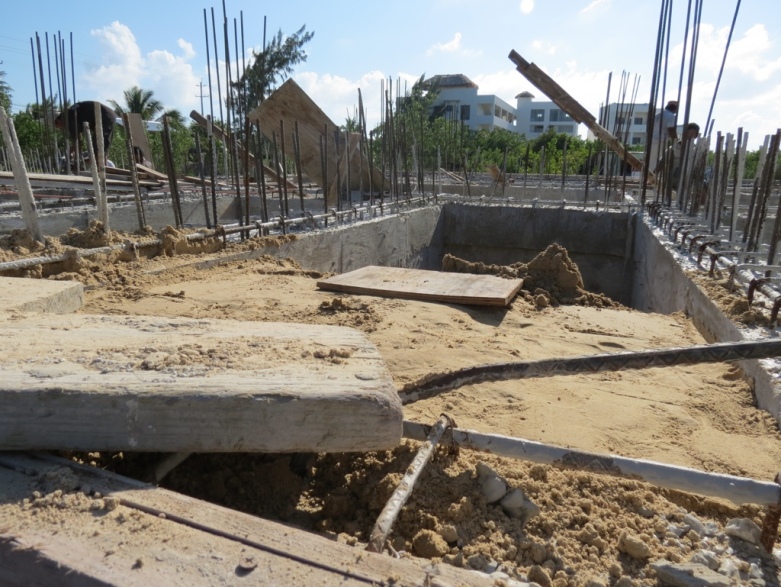 A third of the way there.

It is unlikely that Rose and I will get to our build in Ambergris Caye, Belize tomorrow because we are going to Belize City to look at floor and walls tiles. We will also take the opportunity though of looking at ceiling fans, faucets, sinks and ceiling lights. While we are there we also intend to fit in a little bit of Christmas shopping. I need to get away from Rose for a little while to get a surprise present ( or two).

I will let you know how we got on ( and if I managed to ‘slip away’ for a while) in Saturday’s edition.