Why the headline I hear you say. Well I chose the Johnny Mathias 1986 release ( I know that Perry Como and The Fontane Sisters released it first) of “It’s beginning to look a lot like Christmas” because that is exactly what it feels like around and about San Pedro Town, Ambergris Caye.

In all the years that Rose I had visited Ambergris Caye for our holidays we never stayed for Christmas. Obviously this year we shall correct this . We did though frequently come in December ( one of the reasons for me was that had I remained in the UK I would have been obligated to attend very many work related seasonal functions) and were always enamoured with the obvious enthusiasm that the San Pedranos embraced Christmas with.

This year is no different and the Christmas decorations started to appear a few weeks ago. Just some that we have seen ( follow future posts for photos of the decorated houses and businesses that we come across in the next few weeks):

Wings Department Store ( well the closest thing to a department store on the island anyway ). 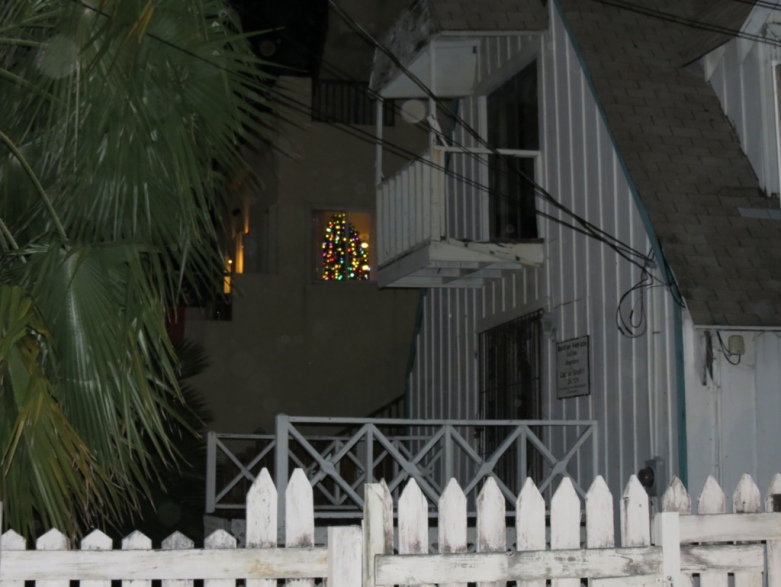 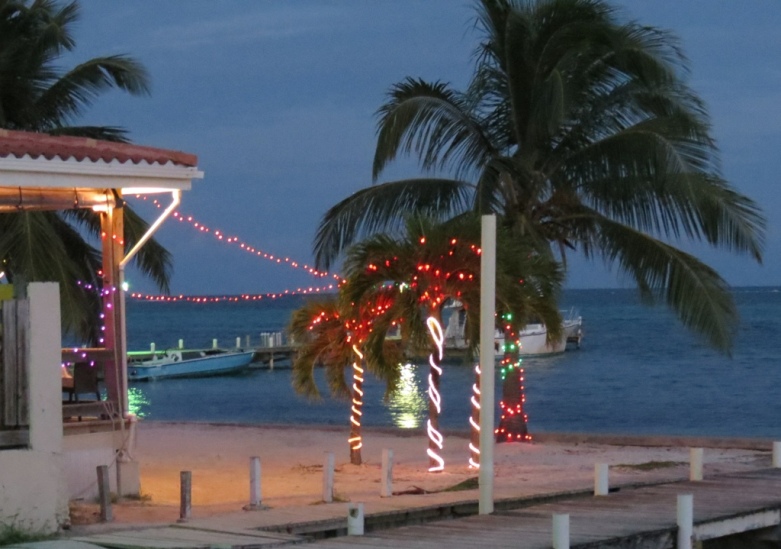 Regular readers primarily interested in the build have probably been uttering Bah! Humbug whilst looking at the photos so for them I will give an update on the build.

Fortunately we had no rain – there were only one or two light drops – to speak of today so work on the build was unaffected and, as planned, the sand was laid in readiness for the pouring of the concrete for the water tank next week. 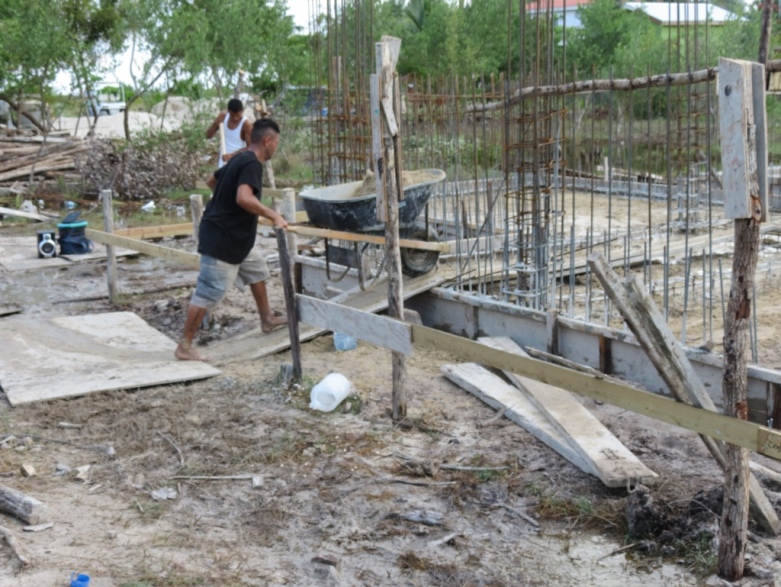 The middle section has not been sanded because this is where the pipes to the septic tank will run from. This section will have concrete poured later but the pipes will not be covered by concrete so that we have ease of access to them.

Where the store room will be.

We can now more clearly see the footprint of the house and are really looking forward to seeing the concrete poured.