This morning we received the certificate issued by the San Pedro Town Council which grants the permission we sought to build our new home.

There was a fee of BZ$1,390 which is calculated on the square footage of the construction and a charge of BZ$60 for the sign that it is compulsory to place on the site of a build to visually demonstrate that approval has been obtained . Well worth the money because without it nothing would happen . Aside from the grass growing again that is!

This was the second bit of good news we got today because when we got to the plot we saw that some of Daniel’s team had already made the molds (probably not the correct terminology ) for the pilings and were busily cutting rebar.

If that were not enough good news in one day we also were told that ‘breaking ground’ will take place tomorrow at 9 am. Conveniently timed so that Rose and I can watch Arsenal play Manchester United first!

Probably should have mentioned earlier that Rose and I are ardent Arsenal fans and our house is going to be called Highbury House. We are going to have a little path in the garden leading to an area where we will keep the rubbish . This path will be called White Hart Lane. 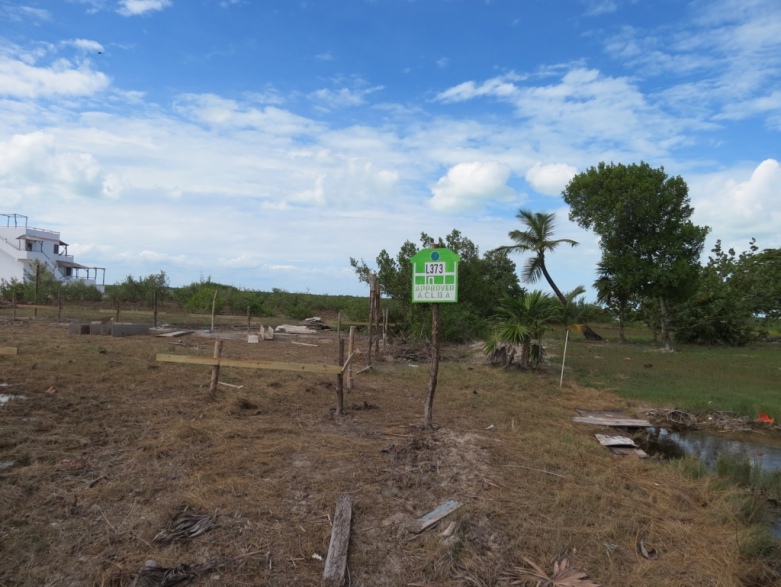